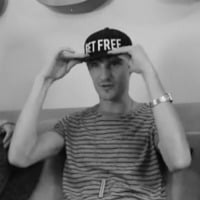 Detroit native, GRiZ released his latest album “Rebel Era” in October. During an interview for this album GRiZ closed it out with some spot on impressions of Bassnectar, Pretty Lights, Big Gigantic, Michael Menert, and Vibe Squad. He soon owns up to his own stage routine where he always jumps on his left foot and puts his right hand in the air.

Inpiration for GRiZ's memes was a Beats Antique Halloween show from 2012 where the band had done the impressions he spoke of.

At the very end of the interview GRiZ offer's his apoligies. “No offense to anybody. They were terrible impressions, and I am sorry.”

If you haven't done so yet, grab a FREE copy of GRiZ's latest album ‘Rebel Era', and give him a like on Facebook