Andybody - Sometimes I Even Amaze Myself [Preview]
Advertisement 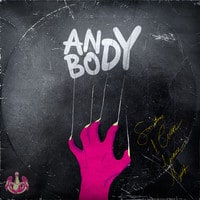 Andybody, the very mysterious “Ambassador of Dada Land”, has released a preview for the next single to be released November 5th on So Much Dada. Not much is known about Andybody but you may recall the first track ‘The First Bass is the Deepest (Dada Life Edit)' which was released back in May this year. Rumor has it that Andybody is Swedish producer Andy Harding. Check out the preview for the upcoming track below via Andybody's SoundCloud page.

In this article:Andybody, Dada Life