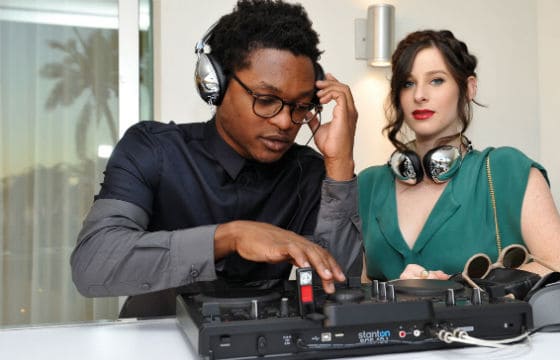 Sasha and Theo Spielberg, children of movie director Steven Spielberg were recently caught DJing the Teen Vogue Young Hollywood Party. Strangely enough and to not much fanfare, the two have already  put out an EP together, entitled ‘Brother/Sister’ under the name Wardell, and expect a full-album in 2014. The two just signed to Jay-Z’s Roc Nation management, which also represents the likes of Calvin Harris, 3LAU, and others.

Unfortunately, there is no video clip to show their DJ performance but it shouldn't be too long before we get our first glimpse of the duo known as Wardell.

In this article:Steven Spielberg, Wardell