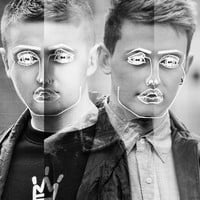 Rapper Azealia Banks has decided not to continue working with Disclosure on a track for her new album after the duo was “rude” about her in an interview regarding their studio session. This whole mess began when Banks began taking to twitter about her “amazing session with @disclosure”. When asked in an interview with Dutch radio station 3voor12 about the new track, Disclosure responded:

“We don’t have a song with her yet. We’ve met her once. I think she’s kind of taken to Twitter quite heavily with the fact that she’s meeting with us. And people now think that we’ve made the greatest song of all time, and it doesn’t even actually have a chorus yet.” and “All these blogs think we’ve now made a masterpiece, but really, we just sat there eating sushi.”

In an interview with The AU Review, Azealia Banks announced that she had dropped plans for a collaboration, stating that she had “better stuff” on her record but she might leak it. She continued to be quite rude herself in what seems like a bit of an overreaction.

If that's not enough, Disclosure took to the airwaves down under, responding to Banks' claims in an interview with Triple J. In the interview they explain that they had apologized about their original comments, but that it didn't seem to matter to Banks and that they “don’t give a damn if she uses” the unfinished work. They also explain that they didn't mean to be rude but that they generally don't like to make these collaborations public because all of the hype around the tracks creates a pressure that isn't really conducive to the writing process, which is a completely legitimate argument.

It's kind of a bummer to see all of this drama occur, considering how petty the whole situation seems. Unfortunately, this sort of situation comes with the territory of being in the spotlight, and shows us that our favorite artists are still regular people, and regular people have disagreements all the time. It seems like Disclosure is handling the situation pretty well, but if you want to see this unfold yourself you can check out all three interviews below:

Advertisement. Scroll to continue reading.
In this article:Azealia Banks, Disclosure