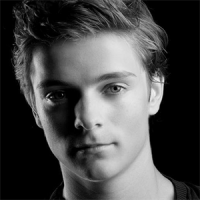 Didn’t know Martin Garrix signed to Universal Music Group? Don’t worry, because you’re not alone. Better known for his hit single “Animals” and being the youngest producer ever to top the Beatport 100 chart on his own, the Holland-based youngster has been causing quite the stir in recent days. So how in the world did this News not stir up commotion worldwide?

Apparently Garrix signed with Universal Music Group four weeks ago and have kept any official news of it secret. News of this was discovered on September 23 when Republic Records, which is a division of UMG, posted Garrix’s single “Animals” on their SoundCloud page. Given SoundCloud’s policy regarding the posting of material one should have no business posting, material such as this is removed immediately. After further investigation, it was discovered that not only is Garrix signed as an “artist” for Republic Records, but also a separate post was made on September 18 about the viral nature of his single “Animals.” The post includes videos that are trying to make a meme of “Animals.” Garrix single was also re-released on iTunes under Spinnin’ on September 17 and is now under exclusive license from Silent/Republic Records.

With such major news, why hasn’t an official release been made public? The only post on this is from radio station K94.5 FM in Shereveport LA on September 10, stating Martin Garrix signed to Universal Music Group “roughly four weeks ago.” Until then only time will tell when this news will be officially released.