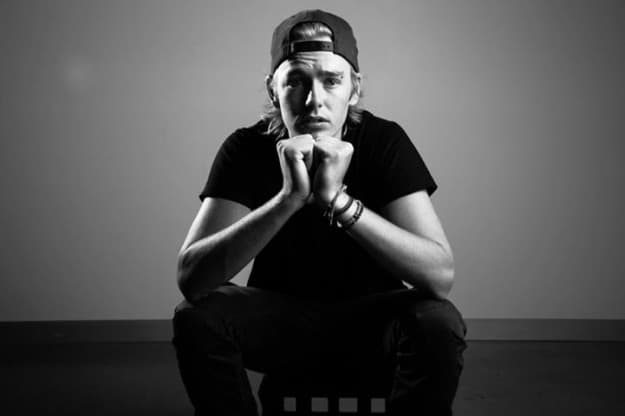 Last week I had an amazing opportunity to sit down with rising Australian producer Will Sparks, and see him perform at the Yost Theater in Santa Ana, California. I expected to sit down and meet an artist who was too busy for his own good, what actually happened surprised me like I could of ever imagined.

I arrived at the Fairmont New Port Beach and met Will in the Lobby bar. Honestly the guy who sat down in the chair next to me was one of the nicest down to earth people I have ever met in my entire experience in the music industry. He was a funny kid from Melbourne who was just stoked to be in the US, we laughed about Disneyland made fun of PLUR and just talked like a couple real people. This industry is full of so many fake self centered A-Holes and to meet a kid with this much talent and be that modest was so beyond refreshing.

After a great interview where he answered all my questions in great detail we split ways to head out to the Yost Theater. I met up with him backstage before he went on and I could tell I was in for something pretty epic. His massive set was filled with that unreal Melbourne Bounce, trap, and all his huge productions including his extremely popular remix of “Blurred Lines”. I was left almost speechless as he jumped off the decks at the end of his set with a huge smile on his face, I simpley went up to him and said “Holy Shit….” We laughed and said goodbye as he was headed off to Austin, Texas the next day.

The night could not have gone any better… With great hospitality from White Rabbit Group who puts on Havoc Thursdays at the Yost, to Will just being a Cool ass dude. It was a night I wont soon forget in Santa Ana, California.

*INTERVIEW*
Me- You grew up in Melbourne, Australia born and raised, how did you first break into electronic dance music? What really got you into it?

Will- I played guitar my whole life, like heavy rock I was a full head banger. My sister used to listen to house music and I used to bag her. I hated it, then when I was 16 I was running around the streets and jumped into the back of a club because I wanted something to do I was with my mate. It was really small and this Melbourne sound was playing I didn’t know what it was but I was like “What is this!” I just fell in love with it. So for the next 2 months straight I went back to that club by myself just for the music and met a ton of people there.

B- Wow that is one of the better stories I have heard for someone breaking into this music scene.

W- Yeah I am a bit of an extremist, I started making music when I was 17 every night and every day making stuff and here I am.

B- With so many huge Australian Dj’s breaking into electronic music, is there any one is particular you really look up to?

W- Yeah there was a guy I met at that club names Samuel James. He is by far the best producer is Australia and he will be huge. He has a track coming out called “Mega” and it is his first kind of release. He has been working so hard for years and he finally has his break. Hardwell has been supporting it and watch Samuel James is the next Aussie to live in LA!

B- Everyone ends up here somehow (laughs)

W- Man… There has been so many, I mean LED Tramps like Us was the biggest one!

W- Oh my god it was wild, like 8 or 9 thousand people it was a crazy feeling. Its surreal when you are up there, that was just huge. XS Las Vegas the pool party was amazing, its everything you ever dream of growing up. Pacha as expected was amazing everywhere has been great I didn’t really know what to expect and everywhere has responded to this new sound really well.

B- Probably the biggest stop on your tour is coming up here in two weeks TomorrowWorld, are you exciting? What are you expecting?

W- There are so many things that have happened that you just go What?… You just go no that can’t be happening, but when it does you just embrace it and say this is happening. You just strive further and TomorrowWorld or anything with Tomorrow In it like Tomorrowland… It’s just a dream. I honestly cannot wait for that!

B- Now that you have seen the US dance scene from coast to coast what do you think about the explosion over the last couple years in popularity here?

W- This “EDM” as you call it, the whole “PLUR” thing they almost treat it like a religion here. People live by that and I honestly think it’s great to be passionate about something like that. All these kids are so into it and that just makes it so much better, the vibes from the crowd is just getting better and better.

B- You remixed one of the biggest tracks of the Summer “Blurred Lines” What was that like to work with a track that is played on repeat here in the US?

W- Again a surreal moment. It was a massive opportunity and I knew exactly what I was going to do with it. With the Melbourne sound it is really minimal, so when I heard the track its rap its poppy and what I did with it was simple and effective.

B- Well it was a huge track and we’re expecting more big things from you. With so much young talent coming to fame recently like yourself, Martin Garrix, Danny Avila, and Madeon making huge waves in the dance music world, who is your artist to watch right now? Besides yourself (Laughing)

W- (Laughing) No don’t watch me… But really Samuel James and so many others from Melbourne with this sound like John Fletcher. He is the guy who taught me how to DJ I went to every one of his gigs and just watched him Dj he is going to be massive as well and all the other guys from Lucky Entertainment.

W- Really!? They are such good dudes and they have been doing really well for a long time and have some new productions coming soon. They are really finding their style and the producers behind those masks are really talented. I won’t leak their names but it’s a good act for sure.

B- Last question we all want to know, how was Disneyland last week?

W- It was awesome (Laughing) it was everything you see growing up in the Movies. Even though I wanted a little bit scarier rides it really was a great time.