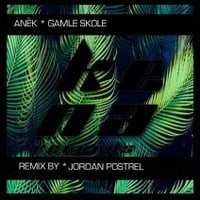 Jordan Postrel is a 21 year old based out of Miami Beach, Florida. If his face looks familiar its probably because you have seen him on Louts Vuitton's runway in Paris. While Jordan was spending time in Milan working as a male model he was also down the street headlining Club Hollywood. The other day he released his very first beatport release. He did a remix for the girl duo Anek. Without further to do I present you “Gamle Skole”!

In this article:aneks, jordan postrel