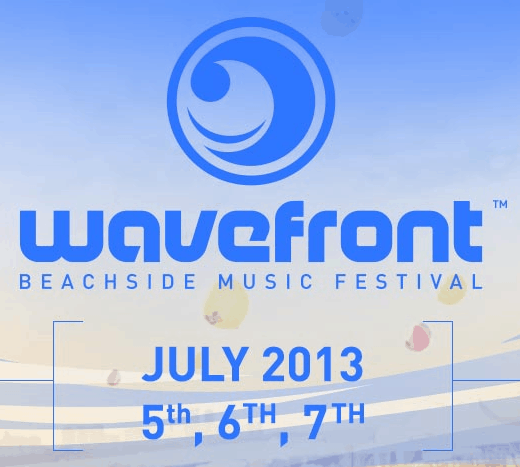 Chicago!! Wavefront Music Festival 2013 has come and gone it was an absolute blast.  Set on Chicago's Montrose Beach with a beautiful city backdrop and the waves of  Lake Michigan crashing right behind you.  Set on 4th of July weekend it was a great place to celebrate and relax with friends and Chicago's house music fans alike.  The weather couldn't have turned out any better and the environment was perfect for a great festival weekend.  They had a stellar lineup with highlighted by acts like Justice, Fatboy Slim, Diplo, Dubfire, Nicolas Jaar, Rusko, Caspa, Mary Jane Coles, Cedric Gervais, Chris Lake, and Cosmic Gate.

CHECK OUT MY PICTURES BELOW!!

When I walked up to Montrose Beach I didn't know what to expect for my first Wavefront Festival.  I was pleasantly surprised at how quick the entry process was and how friendly the security staff was.  After grabbing drinks it was time to hit the beach and when I got on top of the hill I was amazed at the great beach layout that this festival had.  We worked our way down to the middle of the Wave Stage to check out Chris Lake and the party was on!!

The Scottish house DJ was one on my bucket list and he did not disappoint.  He had the fans and the whole beach moving to his deep vibrations and clearly set the tone for a day of house music.  He brought out dancers and was using the LED screens to his advantage while he pumped out great rhythms that invited people down to the beach and started to build the crowd around his stage.  I wasn't ready for his set to be over but little did I know, I was in luck…

Cedric Gervais came in right after Chris Lake and the French house producer did not let up.  He immediately got down to business and shortly after his intro went into an extended “Molly” mix.  During the crowd favorite he had a robotic looking women on his front LED screen asking the crowd to “Please help me find Molly” and the crowd rallied and responded “She makes me want to dance” before launching into a dance fervor.  It was the greatest call and response moment from Day 1 and seemed to drown out the other performances on the beach.

After Cedric Gervais got everyone in the mood to dance it was time for the German trance duo of Cosmic Gate which was my must see of the day.  They slowed things down from the house genre and brought the crowd into trance while still keeping them moving.  They used the LED screens to project galactic images that took you off the beach and on a musical journey with them.  Then they brought out dancers dressed in shiny silver suits that looked very futuristic to go along with their theme.  Together they were very energetic and constantly getting the crowd involved and their dancers and LED screens captivated the audience while getting their feet moving.  Since they still had a TBA spot for the Wave Stage headliner, I wish they would have closed out the night, but Wavefront had a great surprise.

Wavefront announced via Twitter that TJR and Chris Lake would be closing out the night on the Wave Stage.  I was really excited since I really enjoyed Chris Lake's set and missed TJR earlier in the day.  They put together a decent set together but was a little more pop-central house music which appealed to a broader audience.  Many fans had drifted over to James Murphy but being exhausted from dancing all day we stayed put and enjoyed the makeshift duo.  It wasn't the ideal way to end Day 1 but all in all Day 1 was a great success.

Upon arriving on Day 2 I was super excited to get back after it on the beach.  I had been waiting months to see Fatboy Slim and thoroughly enjoyed Day 1.  I was a little upset the put AC Slater, Caspa, and Nadia Ali so early in the day but I went with a slightly different crew each day and we had a great group to enjoy the beach and the music.

Chicago's own Bad Boy Bill kicked off our day two and I was glad to see them put the Chicago producer on the “main” stage.  He laid down his classic house beats and the locals went crazy for their hometown DJ.  He brought us down onto the beach and we never stopped moving.  His electro-techno-house sound dragged in people from the Cube and Legends tent out into the sun.  I was glad to see that a long-time Chicago producer had such a great draw in his home town, he's earned it.

Rusko…Oh Rusko!  The British Dubstep producer was back at it again.  Possibly missing the note that it was mostly a House Festival he stuck to his old ways dropping his wobbly dubstep that the few younger members of the crowd enjoyed but sent away the older house music fans.  Rusko played some tunes from his new album and as usual, talked into the Mic way too much with that awkward cockney accent which broke the momentum from his high energy performance.  He ran into some technical issue with his decks that brought it to a halt but not to worry he got the wobbles back online and finished strong with some big dubstep drops while everyone started to gather around the stage for Fatboy Slim.

EAT. SLEEP. RAVE. REPEAT.  I shouldn't need to say anything more about Fatboy Slim's set but I believe it was the set of the festival.  It didn't quite align with the house theme of Wavefront and I'm sure some fans won't like it but he brought the energy and music that got brought everyone together.  He kicked things off with a countdown on the LED screens that only built the anticipation for the long-time UK producer.  He came on and the crowd was at an all-time high.  Shortly after the intro he went into his “EAT SLEEP RAVE REPEAT” and there wasn't a single person standing still and the crowd was his to command.  He also dropped some crowd favorites like “Right Here, Right Now” and “Praise You.”  Wavefront topped it off by exploding fireworks in the distance to make it an unforgettable experience.  Fatboy slayed the crowd with his music and also used his LED screens to project his smiley face logo and was the first artist to use lasers (that I saw), which looked really cool over the beach crowd.  Fatboy Slim has been in the business for awhile and showed that he could not only make great music but his live performance was on par with anyone in the business.

Day 2 was amazing and got me really stoked to come back for one more day on the beach.  After seeing the pictures of Justice performing a private beach set during Holy Ship I was so pumped to see them on Montrose Beach, and to have Diplo setting the table for him could not have been better.

I didn't know much about the Italian DJ but was oddly excited to see him perform.  We walked in right before his set and after introducing himself he got right into it.  His cool blend of electro house infused with some hip-hop really caught my attention.  The crowd had gotten a little younger by day 3 and everyone seemed to enjoy the change of pace into the new style.  Crookers put together a really good set, unfortunately I did not know much about him or his recent undertaking of this solo project but he certainly made me a fan and a strong recommendation for anyone looking for New Music.

Great Job by Wavefront putting these artists back to back to keep the rap remixes and electro-pop beats going.  All the crazies came out to play once Diplo took the stage.  After seeing Diplo a few times (solo and ML), most recently being at Summer Camp, it was great to see him switch gears from his normal set and try to align himself with the festival and play a more house set than he usually does.  Now he did drop some hits from Major Lazer's “Free the Universe” by playing “Get Free,” “Jah No Partial,” and “Bubble Butt.” He also did his classic Diplo style by throwing in some rap  and pop remixes like Icona Pop's “I Love It” and Zedd‘s “Clarity.”  His set was really fun with water and smoke cannons going off constantly and two sets of dancers taking the stage while he performed.  He even grabbed a box of cupcakes or donuts and tossed them into the crowd.  It's not a Diplo set if he doesn't invite the ladies in the crowd to come on stage and express themselves, but this time one of the dancers scaled the scaffolding of the stage and was expressing herself while hanging from the top.  Diplo had a wet and wild set and I was nice to see his versatility on display and got everyone in the mood to DANCE!!

The time had come, finally Justice on the beach!!  I was so ready for this set and they gave me exactly what I wanted.  They came out to an all black LED screen with their white cross logo on both the front and back screens.  Their performance really didn't utilize the LED screens much after that and opted for a more pure form of just the lights.  They performed some hits like “D.A.N.C.E” and “Genesis” which is precisely what I was there for.  Towards the end of their set they had fireworks going off again to signal the end of the festival and a great weekend.

After starting my festival season off by repeating attendance at Summer Camp, Spring Awakening, and Electric Forest, Wavefront Music Festival was a breathe of fresh air.  I really enjoyed being in my own city and partying on the beach during 4th of July weekend with great Chicago weather.  The crowd at Wavefront was a little bit older and more mature and definitely had more than enough room to dance comfortable without being crammed together.  Being on the beach with the dance crowd also brought out some eye catching bikinis and unique outfits which added to the party atmosphere.   They also had a photo stage with beautiful models I couldn't help but stop and take a few pictures.  The festival layout was good and made it easy to get around from stage to stage and even boasted a huge water slide and ferris wheel.

The festival could be organized a little better as getting tickets and into photo pits could be a hassle since security wasn't really well informed.  Also if arriving/leaving via public transportation it was a far walk and not very convenient when 1000's of people came flooding out of the Montrose Beach peninsula.  I'd recommend a bike of some kind for anyone attending in the future.  None of the festival shortcomings really influenced my overall opinion in a negative way.

Packed with attractions, a great crowd, great location, and a fantastic lineup, Wavefront Music Festival had a great year 2 and I'm very excited to return next year.

Chris Lake on the Wave stage

Patriot celebrating the 4th of July

Cedric Gervais on the Wave stage

Cedric Gervais on the Wave stage

Diplo getting the crowd going

Diplo throwing cupcakes in the crowd

Models with Shifty from Crazy Town