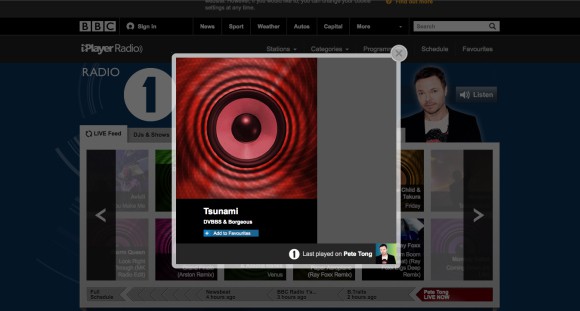 The mystery song that has been sweeping the world by storm and leaving many in question has finally been revealed by Mr. Pete Tong. Pete Tong revealed that the track “Tsunami” coming out on Doorn Records was produced by DVBBS and BORGEOUS. Dimitri Vegas & Like Mike dropped “Tsunami” during Tomorrowland as well as Tiesto, Hardwell, Sander van Doorn and David Guetta. DVBBS and BORGEOUS' “Tsunami” is set to be released August 19th, 2013.

In this article:BORGEOUS, dvbbs, Pete Tong