Dog Blood's EP Was Delayed Due To Getting Samples Cleared
Advertisement 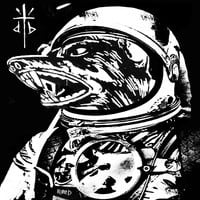 Yesterday we reported that Dog Blood's EP release date was pushed back to August 20th and today we found out why. Dog Blood responded via Twitter saying that the “sample clearing took longer than expected.” It was out of their control Dog Blood said.