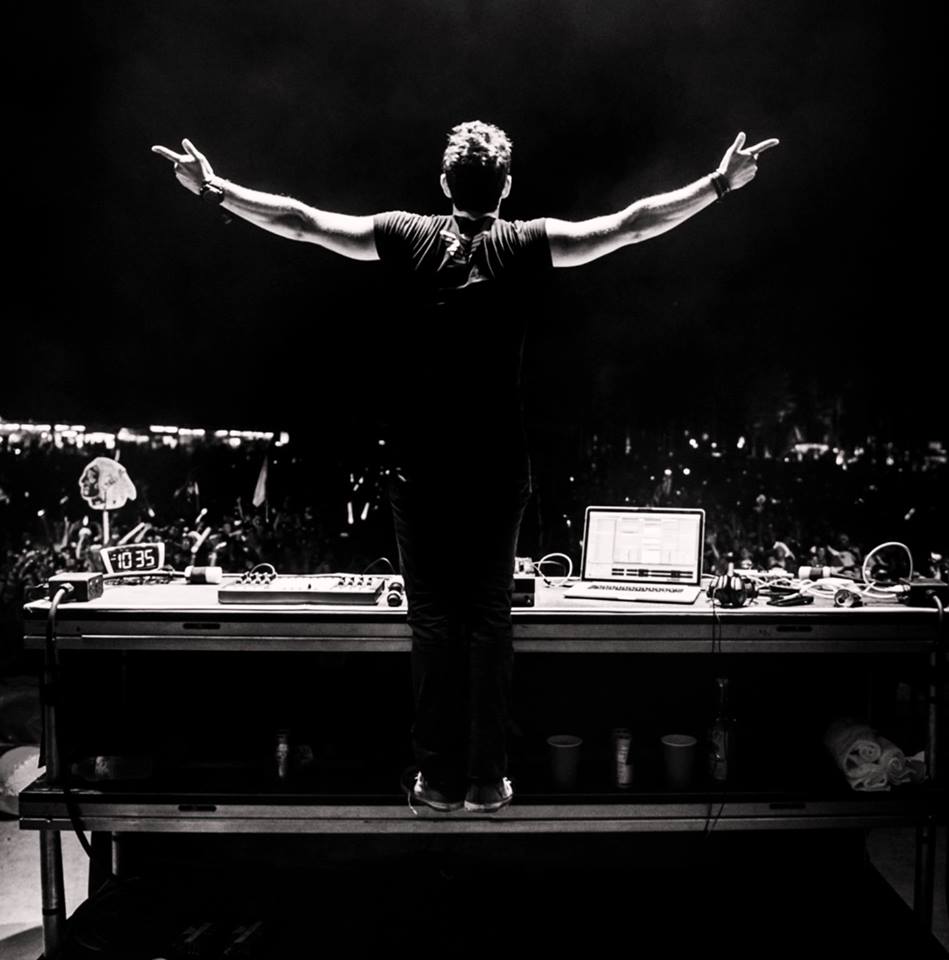 Over the past two years Justin Blau, or 3LAU, has exploded on the scene. His 3LAU Haus mixes and bootlegs have catapulted him from the screen to the ears of the masses. Following 3LAU's phenomenal Electric Forest set, I got a chance to catch up with the breakthrough artist to talk about his new single “Escape” with Paris & Simo and his future plans for the rest of the year.

EDM Sauce: This is your first time at Electric Forest. How do you like it so far?

3LAU: It is! I haven’t actually been inside the forest yet I cant’ wait to go check it out right now. The set was unreal, unreal energy, crazy crowd. Absolutely insane!

EDM Sauce: I’ve been a huge fan since 2011 when you first hit the scene and starting blowing up. Do you like making mixes or producing original tracks better?

3LAU: I started with mixes and my own stuff is finally coming out now. But to me people worry so much about the classification of music, the genre, what it is, but it doesn’t matter! Listen to a song starting at 0 seconds and ending at 3:30, if it sounds good, and it makes you feel something then it doesn’t matter how it was made or who made it. It’s like how the artist made the painting, you do care but you can’t appreciate the art when you think too hard about how it was made. You have to take it for face value. So if any music you listen, and if you like it you like it.

EDM Sauce: Is there any sort of selection process that you go through when you make 3LAU Haus mixes?

3LAU: It’s kind of what I hear in my head. I’m a pianist, that’s my main instrument and I sing and play guitar as well so I think that kind of influences a lot of my selection. In the car I’ll hear something, on the radio, and say “Oh, that’s in the same key as this let me go home and check that out.” I’ll actually go home and put it together and sometimes it works and sometimes it doesn’t. So my best ideas have come from random places like in a mall, hearing a track, even Britney Spears or something. It’s a really random process but its also very rewarding when you find the fit.

EDM Sauce: Are you going to check out any sets after this?

EDM Sauce: Is there a show or festival that you’re looking forward to playing the most for the rest of the year?

3LAU: Electric Zoo! September 1, Main Stage, cannot wait! Last year it was my favorite festival and no doubt this year it will probably be again.

EDM Sauce: Your new single “Escape” with Paris & Simo is pegged to be the summer festival hit. You’ve worked with them before how was it to work with them again?

3LAU: Yeah they are some of my best friends in the world. We vibe really well creatively together, we always have. We have the same exact taste in everything and over the two years that I’ve been dj-ing, I’ve known them for about a year and a half and Paris & Simo have become mentors and great friends to me. We talk all the time.

EDM Sauce: Was there any particular inspiration behind “Escape”?

3LAU: I went up to Montréal just to chill with them and I came with this piano idea. I played the piano idea for the boys and they were blown away by it. We literally wrote the whole song from the chords that I brought and finished it in three days. Just locking ourselves in the studio. It took ten months to find the right vocals until Heather Bright just crushed it. Without those vocals the track could not have been the same.

EDM Sauce: Do you have any big future plans for the rest of the year?

3LAU: I’ve got like four or five other tracks that I’m super excited about. I played four of them tonight amidst my set and I just can’t wait for all of it to come out. This is very much a new beginning for me, I haven’t put out music in a very long time. So putting out “Escape” and then coming to play a bunch of festivals is just the greatest thing.

If you haven't listened to Escape check it out below and buy on Beatport because it's sure to be the smash summer anthem!

In this article:3lau, Electric Forest, interview