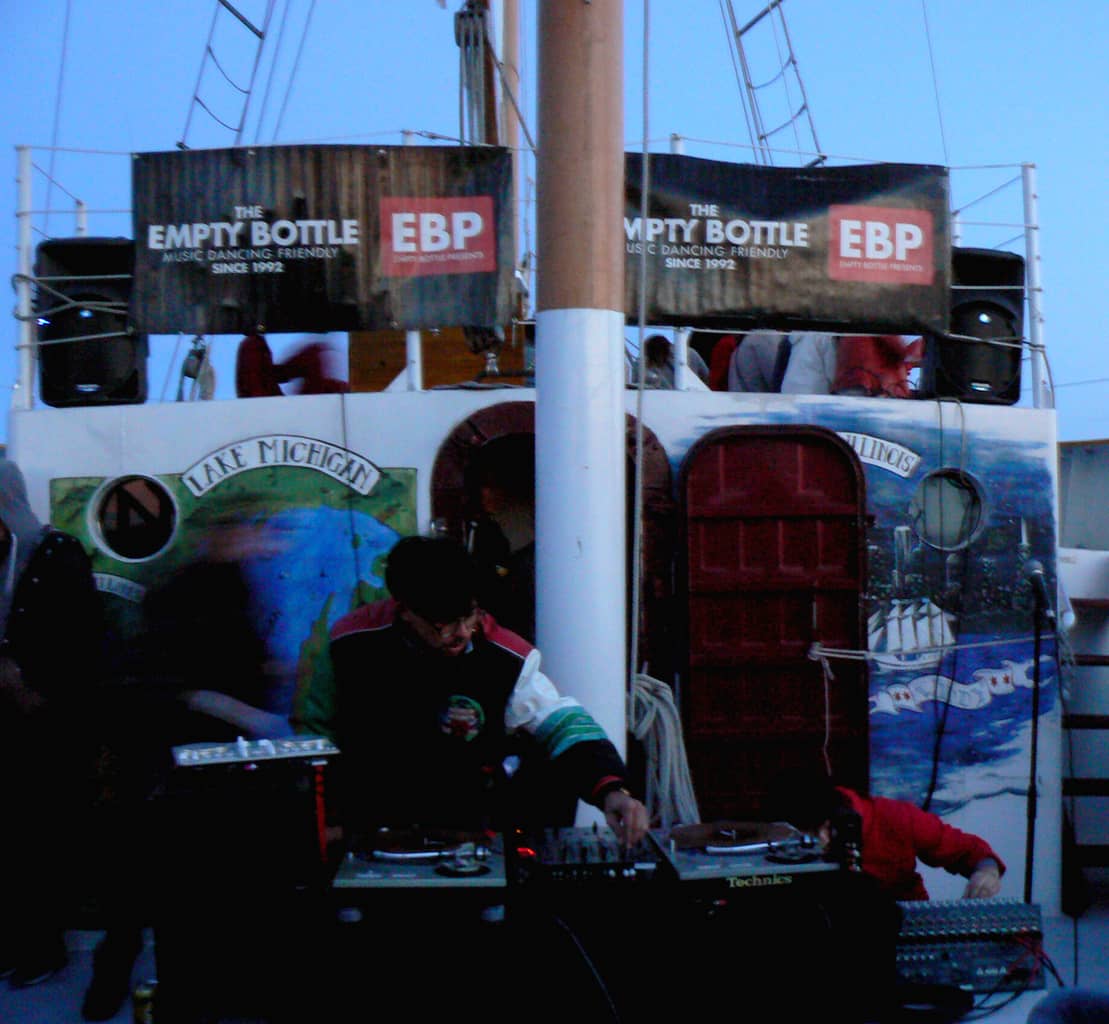 I stood on the deck of a tall ship that had departed from Chicago's Navy Pier. It was late May, and even though the sun was still high, the air off the lake felt cold and stiff as it passed through the crowd. Normally known as a tourist trap, you would be hard pressed to find the sort of crowd that flocked to the Booze Cruise event put on by The Empty Bottle and The Chicago Reader at Navy Pier. A night of music spun by French producer Onra, food catered by Takito Kitchen, and an open bar made the Booze Cruise out to be a dream come true.

The first DJ, a member of Impala Sound Champions, played a set that seemed strange for the surroundings, but absolutely classic at the same time. The boat sauntered past buoys as the bass bumped along to tracks by Joey Bada$$, A$AP Rocky, MF Doom, and Afroman. And there was Wu-Tang. Of course you have to listen to Wu-Tang when the sails are full of wind, as you watch the moon slip by Chicago's steel skyline.

As the first DJ was finishing his set, the sun had begun to set. Someone on the boat had lent a puffy, 90s Bulls jacket. It was turquoise, red, and white. The rest of the passengers on the boat did not come as well prepared – the crew of the tall ship began to hand out colorful, heavy blankets to the shivering passengers. As Onra took his spot behind the mixers, he looked out on a scene of caped dancers.

Onra shook the boat with an incredibly fun and eclectic mix of music. He bounced back and forth between classic 90s R&B (perfect for his jacket) and contemporary house and dance tracks. The most interesting were those songs that fell somewhere between. They were the remixed and edited versions of 90s tracks. Chopped and screwed collages mixing old and new sounds. A satisfyingly bouncy track that sampled Janet Jackson early in the set got the whole boat moving and smiling. The change of scenery from a typical club or venue was perfect for the set. Onra played tracks that gave new context to old songs, updates that kept the great things about the hooks and emotional vocals in tact.

Be on the lookout for any more Booze Cruises that The Empty Bottle and The Reader put on. If they're anything like this one, they shouldn't be missed.

In this article:Chicago, Onra, The Empty Bottle, The Reader

The 2019 journey of the Minneapolis duo Euphoric Nation continues with their latest release, “Alloy”. The guys brought in a little extra help for...