Feed Me Clarifies Details About His Upcoming Plans
Advertisement 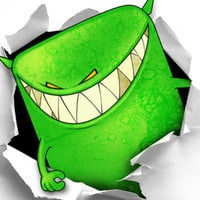 Ever since Feed Me aka Johnathan Gooch first announced that he would stop DJing for a bit, Feed Me had been receiving a lot of controversy from his fans and followers. While he did receive a lot of support and encouraging messages, Jonathan wanted to clear a few things up.

“In regards to DJing, I've been doing it 10 years, from waiting for the D&B record shop to open for promos at school lunch with Preedy, cutting dubplates in London, spending all my money on 1210s, the Lifted radio show, my first show for Renegade Hardware at The End, through to burning CDs, filling SD Cards…I like doing it manually, making edits, shaping a story of a set, and interacting with the audience; it's so much fun. I'd rather chase the pitch around on a track I don't know the tempo of, or do a mix I wasn't planning on doing; I like the urgency and the potential for it to go wrong; it's a buzz. Maybe you can consider this art, that's up to you, but now making it more difficult or interactive is optional, and largely invisible from an audience perspective.”

Feed Me goes on to say that the Teeth show took over a year to build and requires a good amount of work. He says he always enjoyed DJing, but

“I need to be creative a lot to do so, and for that I need dedicated time, especially when I don't seem to know how to tour at anything less than 110% – I've got a collection of scars and bills to remind me of this.”

Feed Me finally says that summer is busy for him, but from September to the end of the year he will not be DJing or touring the Teeth. He most likely will return for NYE to DJ, but other than that he will be taking a break. He goes on to say that instead of DJing he will be writing album 2 and working on his first short film.

And PS he wants to let you know:

“”To whoever spilled a Red Bull into this Laptop and made the keys all sticky: fu.”