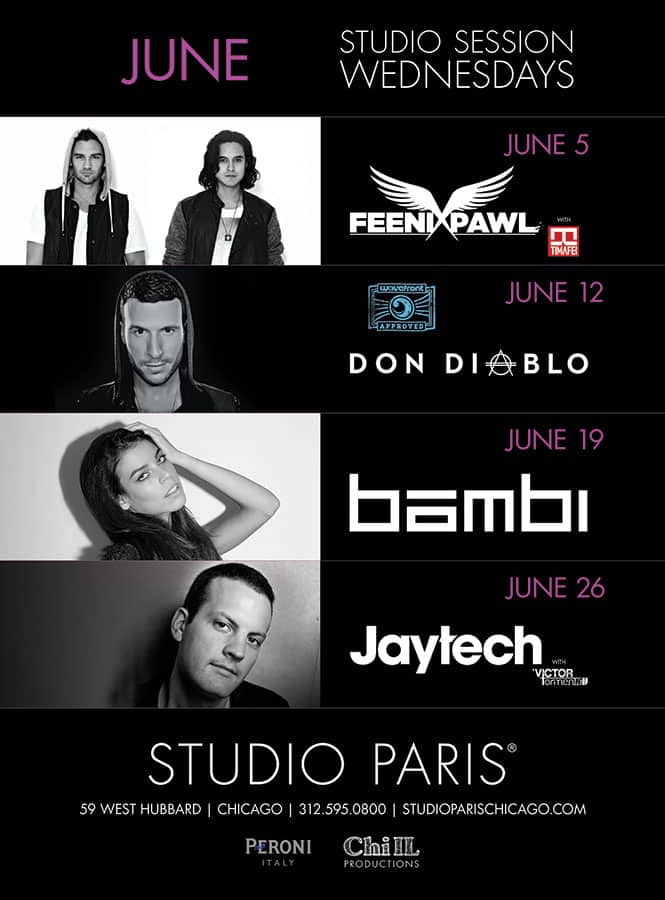 Studio Paris, Chicago's exclusive nightclub, is bringing a not-to-miss sets this month. Whether you're looking to let loose on a weekend or wanting to enjoy some of the best DJs around the globe, June's lineup presents something for everyone. Be sure to get your tickets here. For the T-Party, RSVP to Ben Foreman at bforeman@leye.com or call 312-595-0800.

June 6: Chachi, one of the country’s most formidable DJs hailing from New York, who is often spotted spinning for celebrity parties.

June 7: DJ Spider, who cultivates an eclectic mix of sounds across several genres

June 14: Jesse Marco, who has landed on the Beatport House chart and received acclaim from DJs for his weekly bootlegs

June 16: Final T-Party of the season for the fabulous gays and those who are just fabulous, with a ‘Who’s Your Daddy?’ theme party and dance music from DJ Dolo from 3 p.m. to 8 p.m.

June 20: Kayper, award-winning DJ who has headlined some of the world's most renowned clubs

June 21: Mr. Best, DJ for some of the most prestigious hotspot and events in Hollywood, as well as features on TV

June 28: VICE, who has garnered an international audience stemming from his sets residencies in Vegas