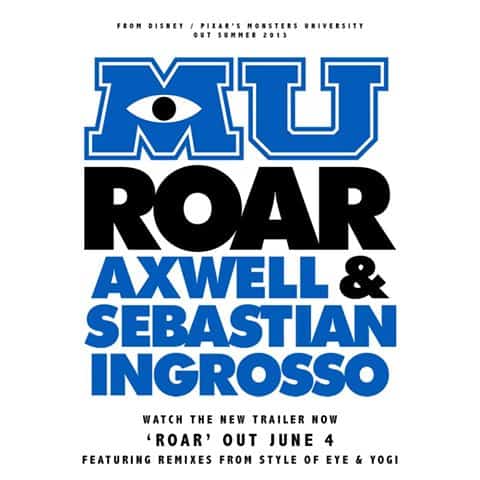 The sequal to Disney's Monsters Inc, Monster University, will feature a song from none other than 2 out of three Swedish House Mafia members. Sebastian Ingrosso and Axwell will debut the song “Roar” on June 4 with remixes from Style of Eye and Yogi. Monster University will be released in theaters on June 21.

Sebastian Ingrosso had this to say on his facebook today: “We are so proud to have had the privilege of creating a track for the forthcoming Disney Pixar Monsters University!! ROAR: the world premiere… Coming very soon! Until then here's an exclusive sneak peek from the new ‘It All Began Here' movie trailer!”

You can catch the trailer on iTunes HERE.

In this article:axwell, Sebastian Ingrosso

As if the suspense wasn't enough for Swedish House Mafia's forthcoming tour, the trio have all updated their social media profiles to announce their...