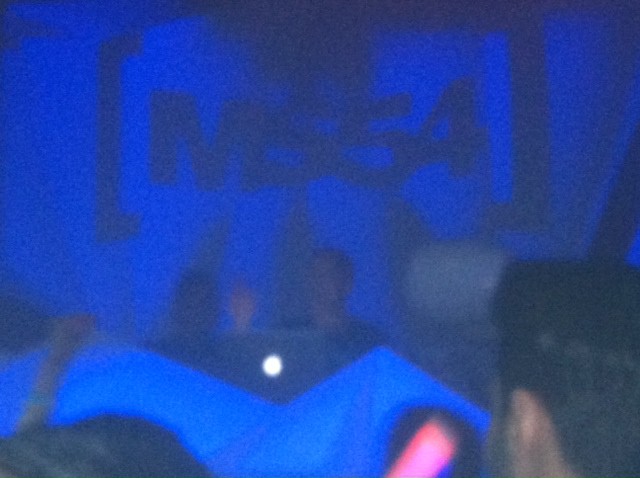 After an amazing time at Castle's Palladium to see Markus Schulz a few weeks ago, I was thrilled to return to Chicago's newest club for Myon and Shane 54 last Friday. As a fan of their podcast International Departures, I looked forward to hearing their set live for the first time.

The Hungarian trance duo brought their electrifying trance tracks to Palladium, and I could feel the music through the bass that resonated throughout the club. The day before, I had seen Myon and Shane 54's tweet stating that their remix of Late Night Alumni was done, and I was hoping that they'd play it for us. I was in for a treat, as their brand new remix turned out to be of “Every Breath is Like a Heartbeat,” fresh off of Late Night Alumni's newest album The Beat Becomes a Sound. The duo continued to energize the Dance floor by delivering a lot of vocal tracks that trance fans know and love, including Velvetine's “The Great Divide,”  Markus Schulz's “Love Rain Down” and Andain's “Promises” and “Beautiful Things.” When they played Above & Beyond's “Alchemy” and “On My Way to Heaven,” I was momentarily was taken back to the ASOT stage in Ultra just last month where I had seen A&B play those same tracks. The crowd showed their support by singing along with the vocal tracks and cheering on, especially as the duo gave a shoutout to Chicago towards the end of their set.

The uplifting vocal tracks and strong beats energized the dance floor, and thanks to the powerful sound system and vibrant lights, I was entranced by Myon and Shane 54's set. The combination of the music and the spaciousness of the venue – which left plenty of room to dance and maneuver across the crowd with ease – created another electrifying night at Palladium.

In this article:Markus Schulz, myon and shane 54