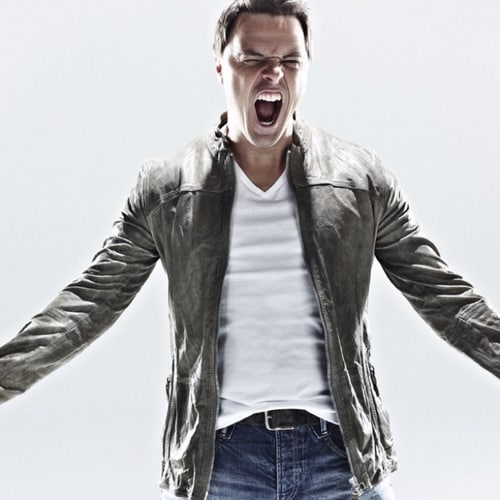 I went to see Markus Schulz last Friday at Palladium in Chicago's new multi-venue Castle (the former Excalibur and Vision) a little over a month after the venue's grand opening. The lighting, sound and spaciousness quickly made Palladium one of my favorite venues in Chicago. The bass was pumping and could be felt in all levels and areas throughout the club, and the clarity of the sound was top-notch. The vibrant LED panels curved around the walls, and combined with the colorful laser lights, Palladium more than satisfied the eyes and ears. You could easily move from one level to the next through the side stairs or a winding staircase, and the upper levels – which had bars and comfy seating areas – gave some breathing room for a more laid-back viewing experience compared to the more high-energy pace of the main stage level.

During Markus's set, four costumed dancers in front of the stage played the part of unicorn and unicorn slayer, in reference to Markus' fan-derived nickname as the “Unicorn Slayer” which stems from his image of playing trance and progressive house with deep, dark basslines. A dedicated fan on the main floor held up a unicorn head on a stick, and the unicorn head later made its presence on the main stage and within Markus's hands, proceeded to bob up and down wearing his Headphones. Tracks off of Markus's Scream album – “Love Rain Down,” “Scream” and “Loops and Tings” – as well as “The Expedition,” “Rotunda” and one of my favorites from the night, “Mammoth” by Dimitri Vegas & Like Mike, kept the crowd going on their feet for hours.

Markus brought an explosive set to Palladium, and I can't wait to go back to experience the sounds, lights and crowd again. Thankfully, Myon & Shane 54 are playing on the 26th so I'll definitely be there!