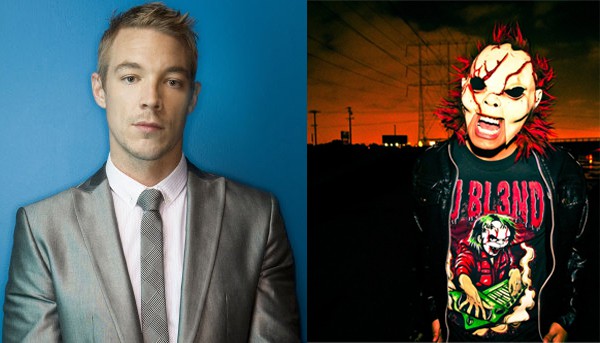 This year at IMS Engage Conference. Diplo was talking in regards to Social Media that a lot of DJs will “inflate their numbers” meaning by buying fake fans on Facebook. He went on to say that “you don't really want fake Facebook fans, they don't buy your records.” Diplo was doing well until he mentioned DJ BL3ND and his highly inflated facebook fan base and said that “I'm pretty sure I'm bigger than DJ BL3ND.” Diplo currently has around about 400,000 facebook fans while DJ BL3ND topples 3 Million. It wasn't long until one of DJ BL3ND's team popped into the conversation to voice his opinion which eventually lead to a physical fight between members from each team.