The Chainsmokers 'Somebody' Gets Remixed By The Mysterious Sleuth 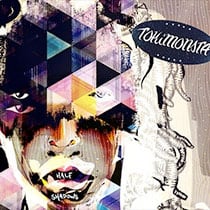 TOKiMONSTA has graced us with a new album, and its streaming right now over on Noisy.

Previous work by TOKiMONSTA  fits in with the chilled-out sound of down-tempo, future-bass beats that emanate from LA's Low End Theory (the space that helped launch producers including Flying Lotus, Nosaj Thing, Daddy Kev, The Glitch Mob, among many others). This album is no different.

Lee manages to take her signature sound developed on past releases, distinctively jazzy and atmospheric, and manages to push it forward, engulfing new sounds in the most danceable way possible. Trap and garage influence clearly bleeds through the album. “Soul to Seoul” takes the click hi-hat and hollow delay that makes trap so aggressive, and creates something ethereal and blissful. TOKiMONSTA is a producer who continues to grow and surprise with each release. Half Shadows is ahead of the curve, but inviting and welcoming enough to bring listeners with.