Alesso Vs OneRepublic - If I Lose Myself (Alesso Remix)
Advertisement

Blasterjaxx invites you back to their magical realm; ‘Mystica Chapter II’ 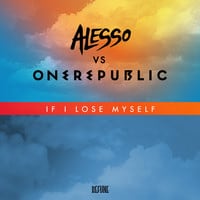 Alesso has released one of the best songs of the year for 2013 in my opinion with his new track called “If I Lose Myself (Alesso Remix).” When I first saw Alesso at EDC Las Vegas last year, I wasn't too impressed, but this past year I believe has been a great year for this artist. He's been playing great sets as well as producing phenomenal new tracks, such as this one. Here Alesso has taken Ryan Tedder's vocals and brought in a very solid progressive house overlay. Enjoy!

Edit: Even though the leaked version was released last month, we wanted to post it again for the ability to purchase it.

In this article:Alesso, One Republic