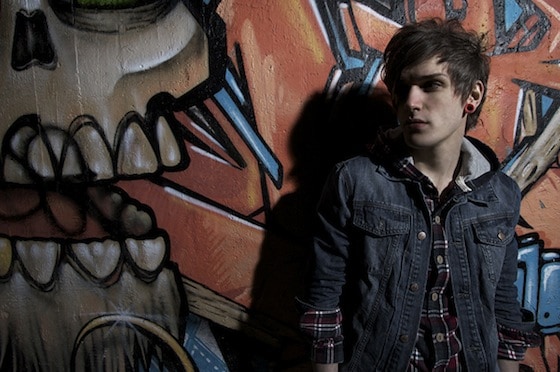 I am not sure if any of you know this guy named Skrillex?  Well he popularized Dubstep in the United States, and is a very hot ticket right now.  If you do not know who Skrillex is then you can just look him up, or you can look up Razihel because there is no difference between the two!!  Obviously I am not bashing Skrillex, he was here first.  Razihel on the other hand has just started his professional career, and could not be off to a worse start.  It is not that his career is or will be bad, but his musical production needs a lot of work.  I say this like a stern father looking at his son and saying, “Be your own man, do not follow the crowd.”  Razihel is not being his own man, he is basically copying and pasting Skrillex's songs then rearranging the wub wubs and high synths.  I mean this figuratively of course.  Wait, did I mention that he advertised himself on Facebook by saying, “If you like Skrillex, then check out Razihel.”

Let us start off by analyzing his remix of Benny Benassi's and Pink is Punk's song “Perfect Storm”.  First of all, what was Skrillex's first popularized hit?  Oh yea that's right, a remix of “Cinema” by Benny Benassi.  But I'll give Razihel the benefit of the doubt on that one, a lot of people remix Benny Benassi songs.  Then I listened to it, and wow… He used the exact same format that Skrillex did.  The same planned out drops, similar piano leads, and the exact same wubs.  Coincidence?  I think not!  I'll move on to another one of his songs.  I had high hopes for his self-made song “Fireflies (God Knows).  Once again I was disappointed.  He took Skrillex's “Scary Monster's and Nice Sprites,” and replaced it with his own sounds.  The famous drop in “Scary Monster's” when the girl yells was replaced by a, “Turn the F**king bass up!”  Trust me listen to both of them,and you will understand what I am talking about.

I do have one good thing to say about Razihel.  He produced a song with Wap & Alvino; two artists I've never heard of; called “Castlevania”.  This song has a deep bass and a consistent beat that really captures the listener's attention.  This is a step forward for Razihel in the right direction, or maybe the left one…  Either way I say good Job!

I give Razihel a five out of ten.  If it was not for “Castlevania” then it would have been a three out of ten.  I say check him out if you have gone through your Skrillex discography a couple of times and want to listen to more.