Dubstep Up and Coming 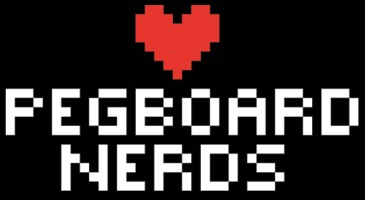 I was sitting in my room listening to the Pegboard Nerds for the first time, when my roommate barged through the door and flipped me the bird.  All I thought was, “What a perfect way to sum up the Pegboard Nerds.”

The Pegboard Nerds are a big “F-You” to the EDM industry.  Sure their tunes are catchy, but does that make them pop?  No, it makes them smart.  Alexander Odden & Michael Parsberg have perfected the art of remixing songs, and have now started producing their own.  “20K” is an upbeat, tantalizing, and absolutely MIND-BLOWING; yes I capitalize mind blowing for a reason; display of what Dubstep should be.  Sure there are different sub-genres of Dubstep, but I have not heard anything that combines all the sub-genres together into one perfectly layered “mind-warping cake” that is “20k”.  It starts with a Middle Eastern string instrument sound for that exotic feel, followed by high electric sound waves that float above the deep bass which keeps you planted firmly to the ground, and finishes you off with a drop that will try and blow you off your feet.  From out of this non-stop bombardment of sound, the Pegboard Nerds present you with a present meant for your ears.  I will not lie to you, I thought it was Christmas morning already and I was unwrapping the one gift I had always been waiting for.

Their original productions are amazing, but when I say that no one can remix a song like they do, what I’m actually saying is, “Everyone else who thinks that they can remix songs should stop what they are doing, move to Scandinavia, and take a four month course under the instruction of these guys.”  I listened to quite a few of their remixes, but one stood out to me the most, and that was their remix of “Make it Bun Dem” by Skrillex.  I would not be surprised if Skrillex, and Damian Marley were sitting together right now, toking on a “J”, dumbfounded after listening to this remix, and saying, “Why the hell did we not think of this?”

Pegboard Nerds will rule the Dubstep concert scene one day.  They have all the necessary attributes to become huge.  They have the party sound of Knife Party, combined with the deep bass of Excision, and they top it off with a dollop of pop which Skrillex has perfected.  I would not be surprised if they were on top DJ lists everywhere within the year.