Camp Bisco - Behind the Scenes Interview with Bisco
Advertisement 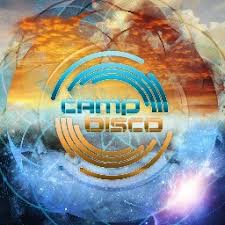 This weekend Kristina and I had the opportunity to interview Marketing Director Kevin Earle about this summer's upcoming music festival, Camp Bisco. Camp Bisco is taking place July 11th-13th at Indian Lookout Country Club, outside Albany, New York for their 12th year. We hope this inside look at Bisco gets you pumped for the summer, and all Camp Bisco has to offer. Get ready to RAGE!!!!

EDMSAUCE: What made you decide to incorporate so many different electronic influenced artists into the lineup?

EDMSAUCE: Was Camp Bisco something that you ever thought was going to attract as many people as it brings together today? It seems like the attendance at least doubles every year.

Kevin: When we first arrived at Indian Lookout Country Club, 7 years ago, we knew it was going to take a lot to fill this place up. The thing is… that's always been the prime goal in everything we do… progression. As our skills as promoters and event producers grew so did the Camp Bisco's reputation for bringing in top notch global talent, along with burgeoning acts that have since exploded. It's been a sold out event for the last 2 years running and we do not see that stopping.

EDMSAUCE: While Camp Bisco has provided a great music experience over the years you have also showcased a number of visual art installations as well. Which ones have been your favorites?

Kevin: I'm glad that you have noticed this- it is something that we look to improve upon and expand each year. I don't know if there is a favorite per-se, but we have some big things in the works for this year. Camp Bisco is really looking to take this aspect of the festival over the top!

EDMSAUCE: How did the color wars get started?

Kevin: It was started by and for the fans. We just provide a place for it to happen.

EDMSAUCE: What inspired the addition of Silent Disco? How does Silent Frisco choose the artists that they feature?

Kevin: Silent Disco is a great way to include more artists on our lineup, while also showcasing lesser known DJs and Producers. The Headphones also allow us to keep the party going into the early morning hours. We try to work with Silent Frisco to pick some of the best up and coming DJ's from the northeast, thus giving the musicians and the scene around Camp Bisco the chance to shine.

EDMSAUCE: What are some of your favorite up and coming electronic artists?

Kevin: This is so hard as there are so many! We spent a lot of time down in Atlanta over the last year, so the Trap movement has had its effect on us. Artists like Baauer, Flosstradamus, RL Grime, Herobust, Heroes & Villians and more stand out. Outside of that genre there are several producers that have made an impact recently. Wick-It the Instigator puts on one of the best live shows I have seen out of a DJ. Birdy Nam Nam is really impressive in that regard also. It is great to see turntablists still out there killing it! A couple more lesser known guys: Flume and Bondax really do it for me. The French Express guys are really awesome and have a unique sound. Just got into Kid Kidnap also. So many to name…

EDMSAUCE: Are there any volunteer opportunities available for fans to be able to contribute to the festival?

Kevin: Definitely. Our application will go live along with the full website. There are opportunities to work in almost every aspect of Camp Bisco. If anyone is interested in getting involved in the festival world this is a great place to start. Just make sure you indicate what field you are interested in participating in, so we can find a good Job for you to do.

EDMSAUCE: If you had to sum up the “Camp Bisco Experience” to a newcomer in one sentence, what would it be?

Kevin: An oasis in upstate New York where like minded individuals can come together for an unforgettable weekend centered around some of the most progressive music you will find anywhere.

EDMSAUCE: Are there any fun secrets that you can divulge to our readers on what they can expect from Camp Bisco 2013?

Kevin: We are bringing in a brand new art director that promises to take the visual elements over the top, and have a lot more engaging and interactive elements planned. It is going to be incredible.

For more information on Camp Bisco and to purchase tickets go to CampBisco.net

Check back for the line-up and more information to come!!!