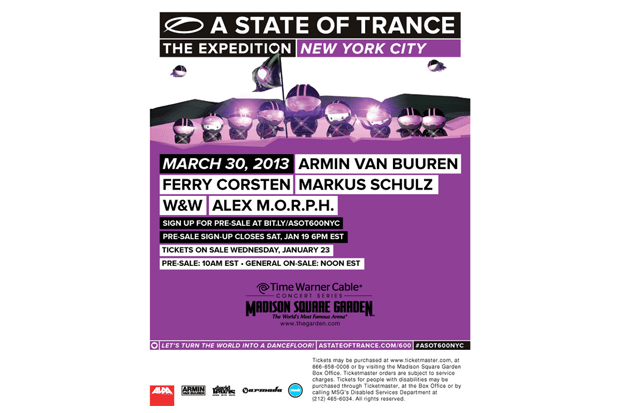 After much speculation on the lineup for A State of Trance's (ASOT) 600 in New York City, it has been announced for which artists will take the stage on March 30, 2013. The Trance Super Stars that will be performing will be Armin van Buuren, Ferry Corsten, Markus Schulz, W&W and Alex M.O.R.P.H. Be ready for an incredible event.

In this article:A State of Trance, Armin Van Buuren, asot

2019, a year to never forget. Those words hold a certain truth for both Armin van Buuren and Trance fans from all over the...