RUSKO presents STIR-FRY. 2 hours of new music from around the world
Advertisement 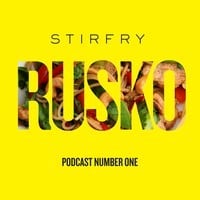 Rusko has just released his first dubstep podcast called “STIR-FRY” which features music from all over the world. Here he didn't give us a tracklist, but the people of reddit were able to help identify some of the tracks in the mixtape. Enjoy!

Most up to date tracklist:
“I Love You” by Araabmuzik
“The Celebrity” by United Acid Emirates
“Expansion Ratio” by Reso
“Attack” by Predator
“Your Style” by Lenno
“Club Cats” by Dirty Honkers
“Ho Visto Un Quadro Verde” by Phonat
“Accordé Don” by Débruit
“With You” by Bestrack
“Frisky Frilly Fruits” by Jean Jacques Perrey
“4 Me” by Cassette Club
“Boom Blast (Sticky Remix Instrumental)” by Wiley
“I Might Be (MJ Cole Remix)” by Todd Edwards
“Cybernetic” by Grum
“Like A Player” by Lorenz Rhode
“Crazy In Love” by Swing Republic
“Marvelous” by Oh Shit! & Galactik Knights
“Mudwheel” by Pitchben
“Decompression Activated” by Dogg Master & Busta Brown
“Bodhi House” (?) by —
“Swagger” by Mocean Worker
“Golden Super” by Jan Driver
“You Make Me Happy” by Chris Joss
“Red Knob” by Siriusmo
“Neckbrace” by Ratatat
“No Diggity (Minimatic Remix)” by Minimatic
“West Coast Geez” (?) by — [Rusko remix of something?]
“After Light” by Rustie ft. AlunaGeorge
“Angel Integer” by Squarepusher
“Tintin” by David Sanborn

Vital Events are back at it again with their yearly iteration of bass music paradise called Wobbleland. Founded in California, the event has seen...

PLS&TY is back in the forefront again this time receiving a monster remix from the legend himself Rusko. It is a surprising but also...