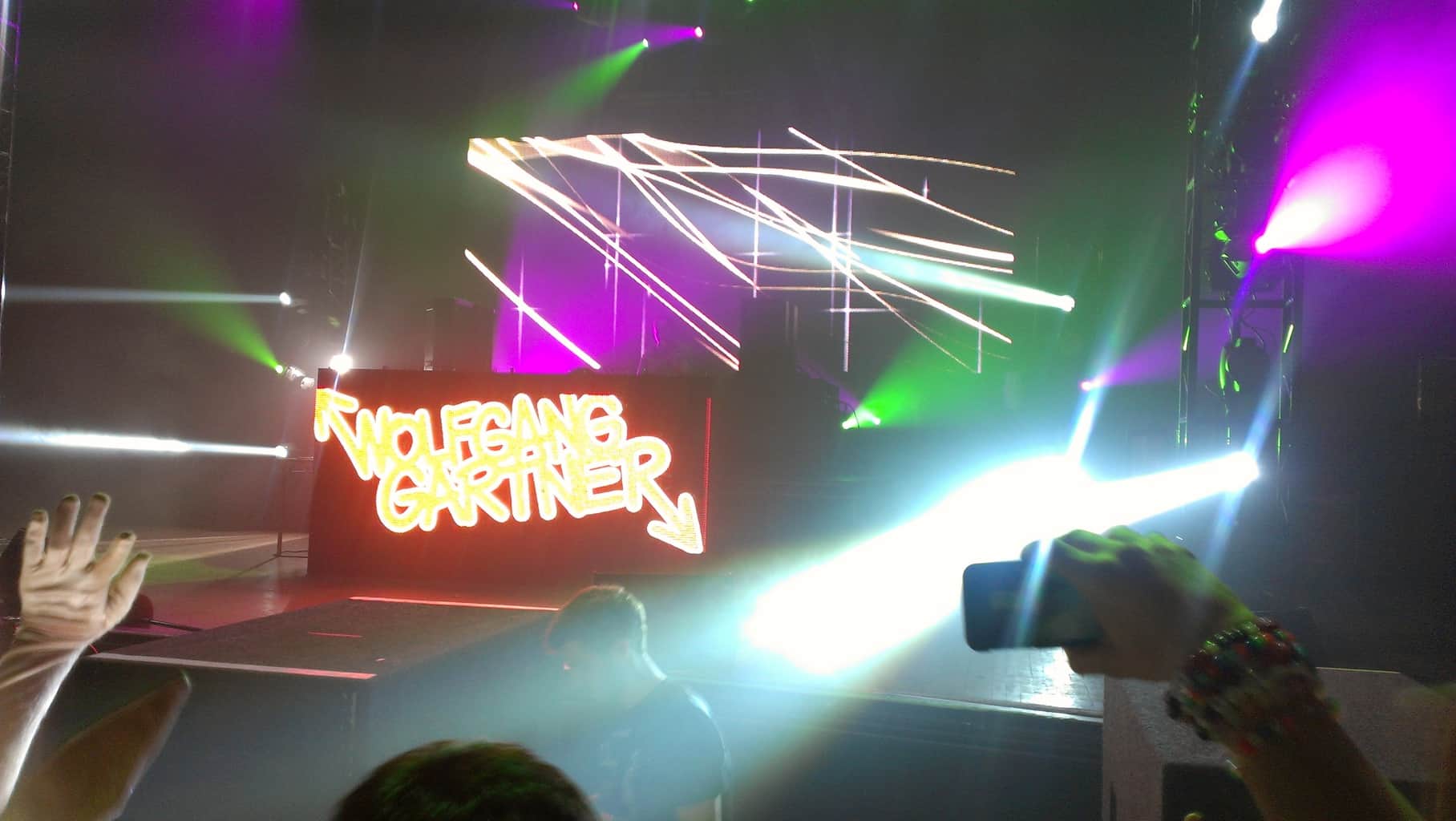 Last night marked the 4th year of Chicago's Freaky Deaky, one of the biggest Halloween costume parties in the Midwest. The event, which coincided with Wolfgang Gartner's Love & War tour, took place in Congress Theater, a run-down theater in Chicago that came to life for the night as a colorful, costume-ridden dance floor filled with several Mario and Luigi duos, Ironmen, Waldos and an “I like turtles” Zombieboy (but surprisingly, no sightings of any mau5heads).

I came to the show a bit before Wolfgang was scheduled to perform, and strategically maneuvered my way up to the very front of the crowd. Soon, the lights went out, and everyone's cameras went up in anticipation for Wolfgang's entrance. Although Wolfgang's Death Star setup didn't make it to Congress Theater, his music definitely delivered. Wolfgang warmed up the crowd by starting off his set with his latest track Love & War, followed by Paddling Out. The crowd went absolutely nuts as he dropped his classics from his Weekend in America album: Spacejunk, Shrunken Heads and, of course, Illmerica. Wolfgang fed the crowd with a bunch of his hits from this year, including Redline, Nuke and Flexx. And the crowd completely ate up his collaboration tracks of Devil's Den and We Own the Night, as they sang along with all of the lyrics. The hour passed by too quickly as Wolfgang closed out his set with an encore of Love & War.

After the set, I had the amazing opportunity to meet Wolfgang backstage, and for someone with so much recognition and status among the EDM fans, he is such a down to earth, laidback, chill guy. I gushed about how much I first saw him at Spring Awakening in June, how much I liked his music and thanked him for sharing my piano cover from earlier. He was so easygoing about it all, and his personality just made me become an even bigger fan of him.

Wolfgang's signature fat electro sounds amped up the crowd, with everyone dancing just as energetically at the end of his set as they did at the beginning. After seeing Wolfgang's Halloween costume of Sergio the Sexy Sax Man from last year's Freaky Deaky, I wish he could've dressed up this year, but I guess 5 days before Halloween is indeed a bit too early to dress up. All in all, a lot of sweat was dropped, a lot of crowdsurfers were hoisted up, and a lot of energy was felt from the front of the crowd all the way to the back. I can't wait to see him again (hopefully Ultra!) and the next time he performs in Chicago, I'll definitely be there up in the front!

Earlier this year Wolfgang Gartner teamed up with Deadmau5 again to release their first collab in years. Now the legendary producer is back with...

Are you ready to go on an out of this world right? Well strap in and check out Wolfgang Gartner's new single “Electric Soul”....

Wolfgang Gartner is a legend in this scene. Unfortunately that pressure paid a toll on his mental health. In an interview with Billboard he...