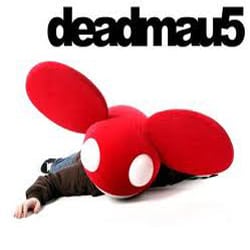 You may or may not be a fan of Joel Zimmerman or the man who goes by Deadmau5. He is definitely one of the most outspoken DJs in the entire EDM Culture. In the most recent Rolling Stones article, Deadmau5 slams Madonna, David Guetta and Skrillex. Here's what he had to say about the following Artists:

David Guetta
Deadmau5 says that “David Guetta has two iPods and a mixer and he just plays tracks – like, ‘Here's one with Akon, check it out!'” After seeing David Guetta live at EDC Las Vegas, I have to say I totally agree with this one.

Skrillex
“”Even Skrillex isn't doing anything too technical. He has a Laptop and a MIDI recorder, and he's just playing his shit … People are, thank God, smartening up about who does what – but there’s still button-pushers getting paid half a million. And not to say I’m not a button-pusher. I’m just pushing a lot more buttons.”

Madonna
When Madonna went to Ultra Music Festival in Miami, she asked the crowd, “How many people in this crowd have seen Molly?” The crowd cheered, but many people didn't take lightly to this situation. Here's what Deadmau5 says in this article, “You want to be ‘hip' and ‘cool' and ‘funky grandma'?, “Fine. It's not my place to say you're irrelevant. If you're gonna come into my world, at least do it with a little more dignity. I understand she has millions more fans, and is way more successful than I'll ever be. But it's like talking about slavery at a fucking blues concert. It's inappropriate.”

What's your thoughts on Deadmau5‘ opinions?

In this article:Deadmau5, Guetta, Madonna, Skrillex