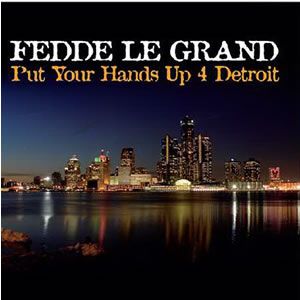 #ThrowbackThursday is here and we have a classic song for you today! Here is Fedde Le Grand's “Put Your Hands Up 4 Detroit.” Fedde le Grand used the vocal sample from Disco D's & Matthew Dear's song “Hands Up for Detroit.” The song was released on June 26, 2006 by Flamingo Recordings.

***Fun Fact*** Starting during the 2010 season, the Detroit Tigers play “Put Your Hands Up 4 Detroit” after they win at a home game at Comerica Park.

In this article:Fedde Le Grand