Fast Rising Rapper LilTonyRose Is Not Afraid of Being Different
Advertisement 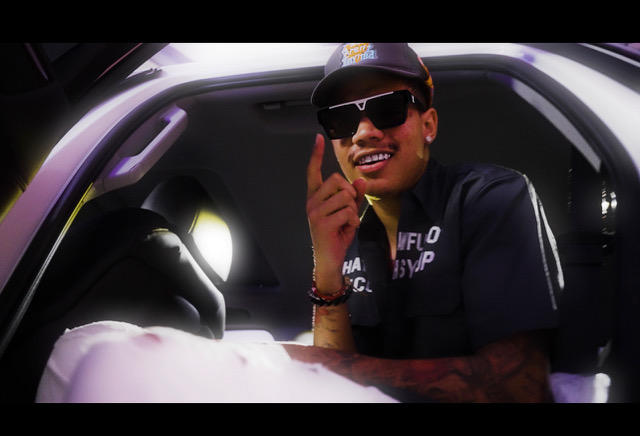 As the foundation that has largely influenced the composition and production of Hip-Hop music, love has been extensively covered in the Hip-Hop industry. But it is so hard to find genuine rap music about love. Today’s rap music is notorious for its frequent and over-the-top misogyny, with most songs depicting women as objects. LilTonyRose is now changing this by bringing authentic lyricism back into mainstream Hip-Hop.

His unique music style enabled him to break into the fiercely competitive industry and cement his spot with his work receiving a lot of attention. LilTonyRose has 1M+ streams on his YouTube and 100000+ on Spotify. His song, “Lullaby”, released a month ago, has amassed 85K views on YouTube. LilTonyRose was also featured in numerous publications, including Lyrical Lemonade and The Source.

According to the fast-rising rapper, his goal is to create timeless rap love songs that will help listeners communicate their emotions. LilTonyRose is building a safe space with his music where people aren’t afraid to express themselves. He is also using music to encourage and inspire the world. LilTonyRose shares bits of his story showing other young people that it is possible to reach their dreams.

LilTonyRose loved music from a young age and always wanted to write and release his music. But his journey to the top was challenging. LilTonyRose faced many, some of which threatened his dream. When he was nine years old, LilTonyRose was in a motorcycle crash that left him in a coma for two weeks. Fortunately, he recovered and went back to school.

LilTonyRose graduated from high school and was admitted to Texas State University, but he had to drop out after many financial difficulties. This is when he decided to invest in his passion for music. He got a job at Taco Bell, where he worked for two years, and saved money for studio sessions and music promotion.

LilTonyRose knew that breaking into the industry wouldn’t be easy as his style is different from most rappers. Even so, he didn’t give up. He invested in building his online brand and learning more about the industry. LilTonyRose spent most of his days in the studio experimenting with different sounds and styles until he found the perfect sound that allowed him to perfectly tell his unique love story.

LilTonyRose has released five albums; The King of Love, The Rap Therapist, Twisted Perfection, Inward Places of My Soul, and The Aftermath, his most recent release. The Aftermath has seven tracks, including “2 AM”, “You Need to Focus”, and “Miscommunication”. LilTonyRose also has an EP titled, A Love Story EP 1. He says his target is to create more genuine music that people can relate to.

LilTonyRose is looking to work with other artists sharing his story and showing the world that any goal is attainable with determination and hard work. When he started his music journey, he didn’t have anything. He worked hard to create quality music, and his unique style enabled him to reach the top. His latest track, “2 AM”, amassed 15K views 5 days after its release.