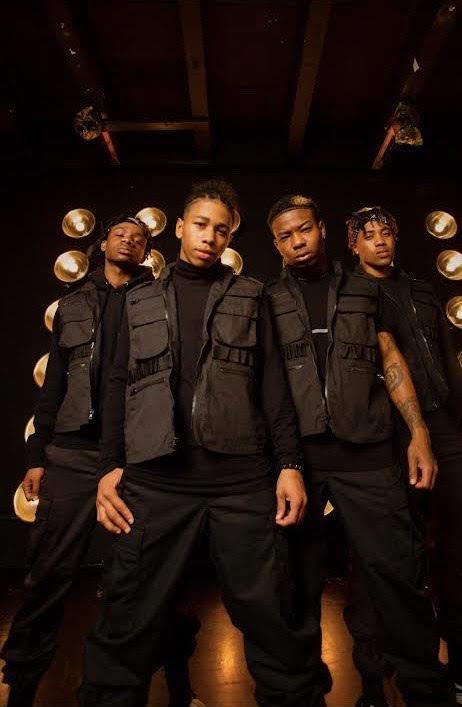 Futrell caught their big break when they had the opportunity to perform with The Jacksons in Los Angeles to celebrate the life and legacy of the late great Michael Jackson. After their big break, from there on Futrell started performing all around the States with artists such as El DeBarge, Babyface, Stevie Wonder, Gladys Knight, Jon B, Smoky Robinson, Akon, Tyrese, Janelle, Monae, and countless others. As a result of all their performances, Futrell has developed a large and passionate fan base that continues to grow. Fans can't get enough of Futrell's high energy shows and dynamic stage presence. If you haven't seen Futrell perform live yet, you are missing out on an incredible experience.

Daivon, Ditanian, Desmond, and Dominic Futrell are an R&B quartet, based out of Los Angeles, CA, who initially started performing together in 2014. The brothers were raised in St. Louis, MO, where they developed a love for harmony at a young age. Eventually, they were trained to become a professional group. Since their debut, Futrell has performed at various events and venues across the country. Their high-energy performances always leave audiences wanting more. In addition to their musical talents, the brothers are also skilled dancers, adding another layer of excitement to their shows. With their combination of catchy tunes, stunning harmonies, and dynamic choreography, Futrell is quickly becoming one of the most sought-after groups in the entertainment industry.

Futrell's latest release, “You,” dropped on Sept 4th is a stunning tribute to a lost love. The production value is impeccable, and the lyrics are absolutely heartbreaking. The song has resonated with listeners all over the world, and the reviews from critics have been overwhelmingly positive. This is definitely one of Futrell's best songs to date, and it is sure to be a timeless classic.