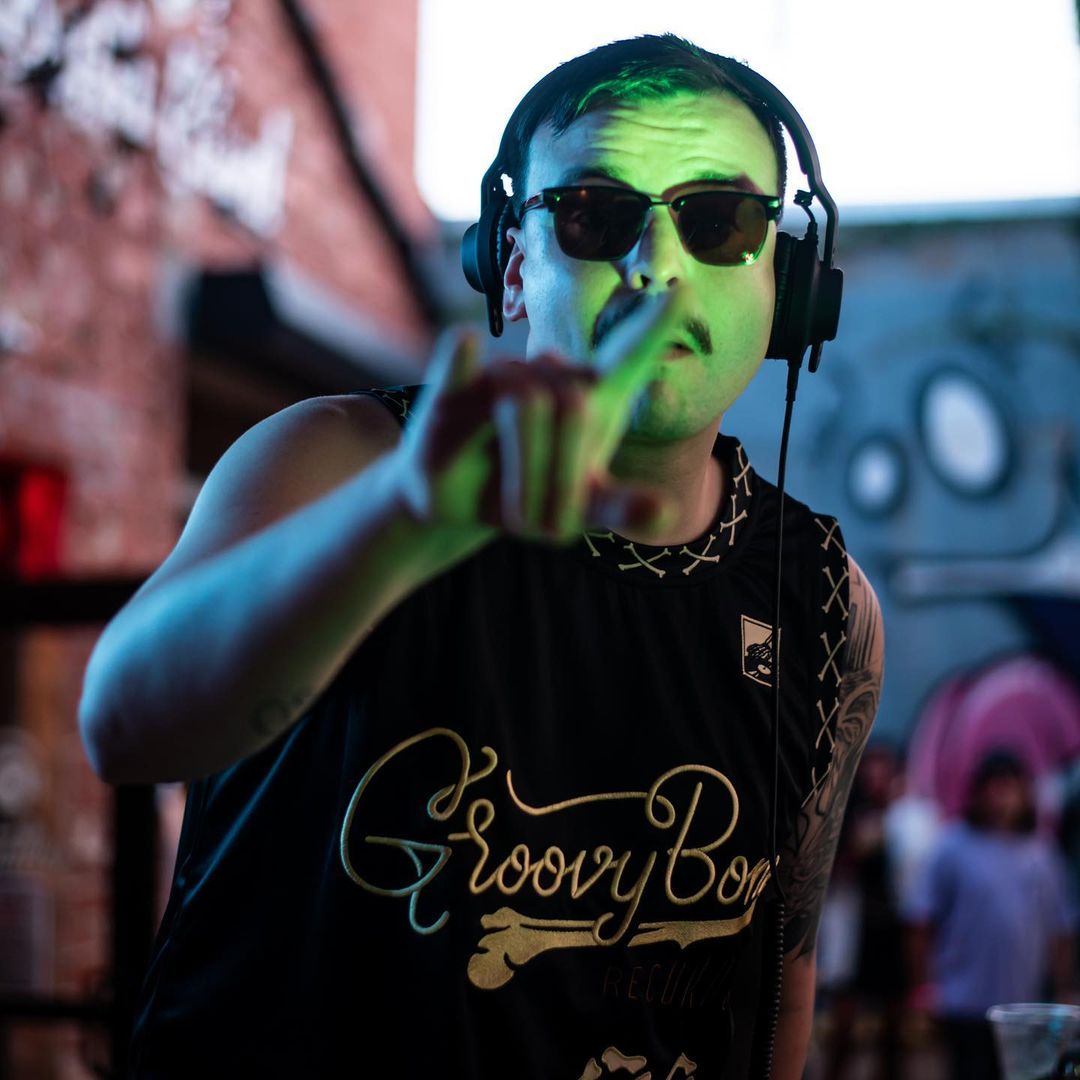 Blissfully fusing together the groove of house, the bounce of breaks and the tenacity of modern bass music elements, the bone- shaking style of Diskull (aka Tyler Davidson) is sure to move the feet of any ‘living' bystander in the path of his sound. Since 2017 when Tyler created the moniker Diskull, he has garnered releases on reputable industry leading labels such as Dirtybird, Brooklyn Fire, Noir Sur Blanc and House of Hustle. He serves as label manager/A&R on popular bass house imprint Aural Sex Records out of Chicago and also started his own record label: Groovy Bone in 2019, which has already seen support from top tier artists such as Shiba San, Golf Clap, and Gettoblaster. It is evident that Diskull, determined to continue creating his own sound and building a loyal following, is set out to prove why he's emerged as one of house music's favorite new DJ/Producer.

Like many musicians, Diskull comes from humble beginnings. No one handed him his success; he worked for it. But, as music is a passion and calling, he had significant motivation on his journey to becoming a household name. He didn’t choose this career path, it chose him, and the rapper realizes there is no other option than to make a living as a musician. The celebrated artist has not lost his sense of self on this journey. If anything, music has helped keep him in check with himself. He hits the gym hard to stay healthy, makes time for friends, and networks with other creatives. All in all, Diskull is the same good guy he has always been, but cementing a stance within the music world he loves has made him a better person.
Diskull portrays himself as utterly human. He will not shy away from the times he has wasted-time, or battled creative stumps to keep working on a new song. While musicians can be regarded as arrogant, Diskull is anything but. He has genuine affection for his friends and family, plus a passion for travelling. He’s committed to growing his online presence this year and expanding his discography. Even though 2022 was a setback for many, the celebrated artist has kept an upbeat approach from the start. This season, he honed his skills to add to his ever-growing 2022 collection. Diskull is a sure fire act who is quickly making mainstream appeal, and he shows no signs of slowing down.
https://open.spotify.com/artist/0UDh4IMs4J12Egm0pKjlBi?si=FudGtDjOQaqfAJqnLGIkLQ
In this article:Diskull