Omar Basaad returns with yet another driving production. ‘Without You’ marks the Saudi artist’s third endeavor this new decade, directly following his original productions ‘Memba’ and ‘Technicolor’, released at the beginning of this January. Out now on the producer’s very-own Coexist Records, ‘Without You’ is available to listen to across all streaming platforms.

The tune begins with the subtle ticking of a clock, with the silky vocal quickly following not too far behind. The harmonious singing is flawlessly interlaced in unison with the ticking and heavy synths, in turn producing a pleasant sonic juxtaposition that feels propelling in nature. Tension is built ever so steadily before the bass eventually drops, with an infectiously hammering tech-laden beat repeating throughout much of the track’s three-and-a-half-minute runtime.

Omar Basaad is a Saudi Arabian-Turkish DJ/producer who’s been diligently honing his skills behind the decks and in the studio since his career debut in 2012. Set apart from the rest of his peers, Basaad is a pioneering name in the Saudi electronic dance music scene, with his hit single ‘Nehyatina Eh’ serving as the world’s first Arabic dubstep track. A huge feat in and of itself, he’s also gone on to be the only Saudi to have ever graced the stages of Tomorrowland. His 6-track 2012 ‘Vega’ EP placed his unique signature sound on the map, and was quickly followed up with a hefty slew of highly-successful singles as well as his 5-track 2017 ‘Dichotomy’ EP and 6-track EP, ‘Blues Away’, released in December of last year.

Red Comet & Caslow Release Stunning Remix Of Avicii’s “Without You”

It’s been nearly one year since the world lost Avicii. The music community has shown tribute to Avicii since his death by releasing dedicated...

In the wake of Avicii's passing, the tallest church tower in the Netherlands paid tribute to Avicii yesterday by ringing out three of Avicii's... 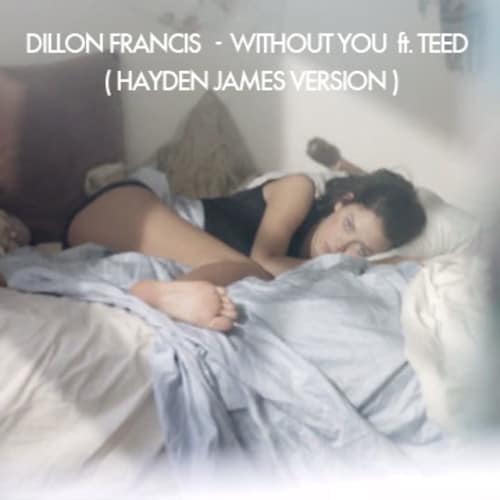 Sydney's own Hayden James brings a hypnotic twist to Dillon Francis' beautifully executed post break-up ballad, “Without You”. James truly delivers on this one...