Dirtybird Takes to the Grill Once Again for Summer 2018
Advertisement

The smell of smoked meats, the refreshing taste of a cold beer on a hot summer day, and the sound of your favorite beats banging in the distance – it must almost be time for your beloved grillmasters and studio-chefs to hit the coals for DIRTYBIRD BBQ season.

The beloved DIRTYBIRD crew truly came together around such a grill in San Francisco’s Golden Gate Park many years ago – assembling over a mutual love of full gullets and outlier records. This safe place for their weirdness to shine has grown to welcome an extended family of thousands, yet kept that feeling of unabashedly fun summer vibes DIRTYBIRD has become known for worldwide.

This summer Claude VonStroke will round up the crew to roast it up at three dates across the US of A for a summer of BBQ and house music mischief. Joining the party will be Justin Martin (Austin & Oakland), J.Phlip, Christian Martin, Worthy, Ardalan, plus Los Angeles will be treated to a brotherly back-to-back set by Dateless and Lucati.

In 2018 the BBQ tour will – believe it or not – make its debut in Los Angeles, a nesting ground that has grown into a Sister City for DIRTYBIRD over the years. Los Angeles is also the CITY VOTE WINNER of 2018! DIRTYBIRD fans voted and the crew is excited to put together an amazing party in the City of Angels. The LA BBQ stop will also take on a new identity as it welcomes a range of options to grub on, making it a Food Festival fit for the hungriest DIRTYBIRD family.

The tour will also touchdown in one of the home’s of BBQ Austin, Texas – for a first time bringing the BBQs to Texas – plus as always homecoming jaunt back to the Bay Area.

May 19 – DIRTYBIRD BBQ Austin – Circuit of the Americas

EDM-based biohacking collective, Wellness4Humanity (W4Humanity) is setting out to demonstrate how music-lovers can begin to safely gather in a post-pandemic reality with their Spread... 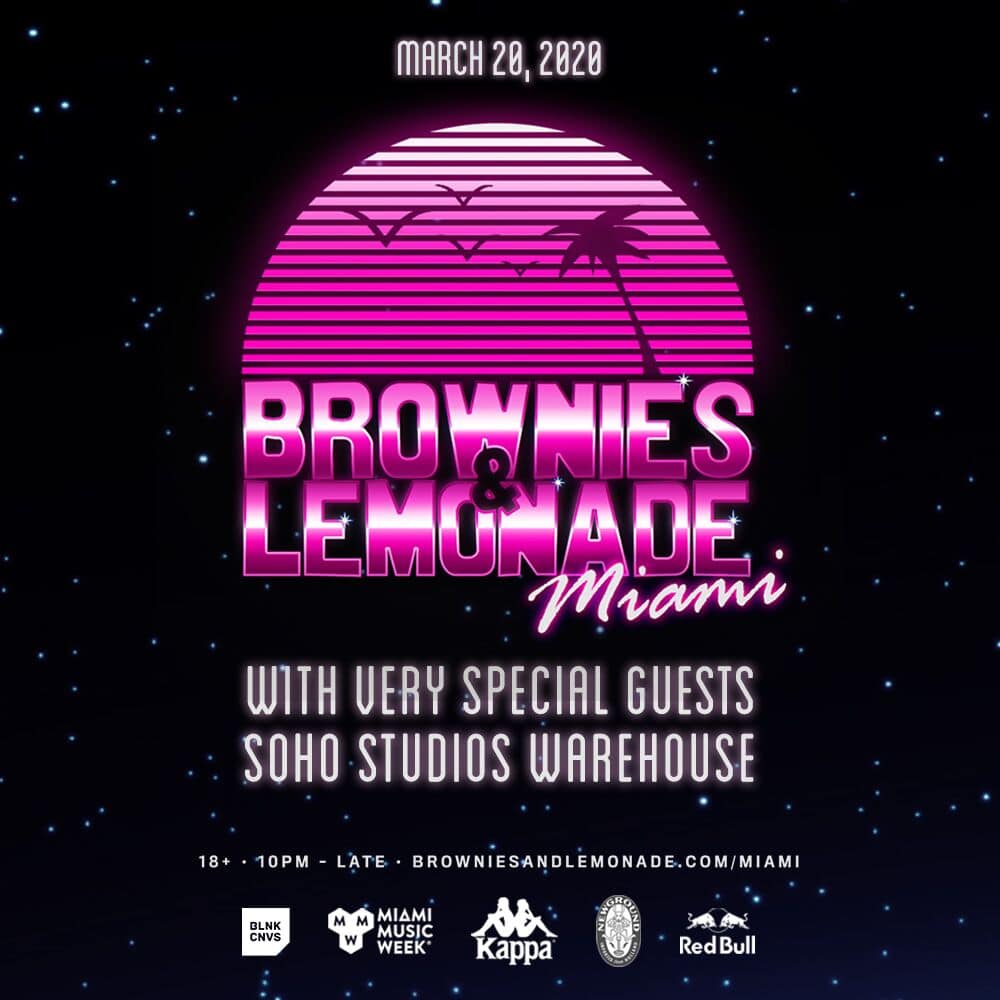 Today, Brownies & Lemonade and event organizers BLNK CNVS have officially released their Miami Music Week event lineup, and it is seriously insane. This...