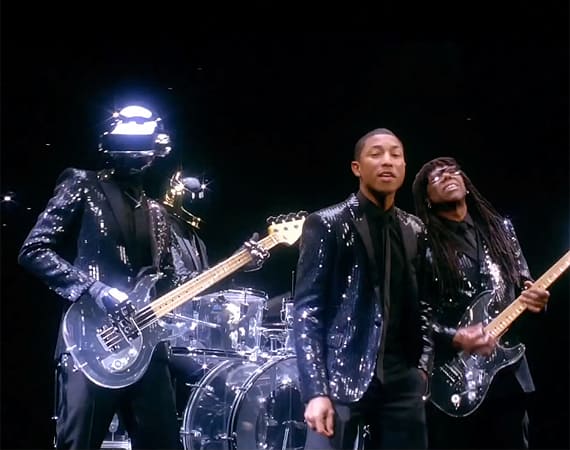 This week on his OTHERtone podcast on Apple Beats 1 Radio, Pharrell was interviewing Coachella founders, Paul Tollet and Lou Adler. One of the questions which came up was which sets are the founder's favorites. Paul Tollet said the magical words – ‘Daft Punk' and proceeded to expand on their historic 2006 set:

“We knew it was going to be good, because they've always been great, but they'd never played with their helmets. It was just press photos from years before, and they had stopped playing, and everyone had in their head what it might be. You never saw it, and it was 100 times better than we dreamed. It was just insane. It felt like it was storyboard, Stanley Kubrick movie. Every minute must have been thought about for hours or days or whatever, and it got better every minute until the very end. It was like, ‘how can you even get better than the last 74 minutes?' But it was. It was that good.”

Eventually the tables got turned and Pharrell was asked about his thoughts on Daft Punk returning to the stage. Naturally the answer was vague…as all things involving the duo are. Vague…but promising.