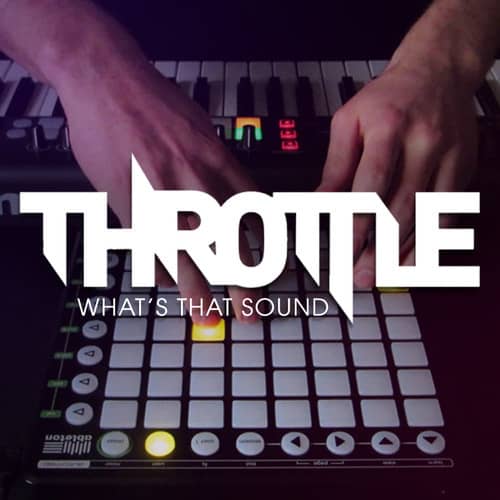 Melbourne based Robbie Bergin AKA Throttle has been working his profile for quite some time already. Kickstarting his Throttle persona at the age of 15, he quickly gained a solid fan base with his early productions. Throttle also released a dirty-disco remix of ‘Hit The Road Jack' that absolutely blew up, and hit #1 on the Beatport charts. His latest track ‘Found You' is another dirty-disco dance anthem that is sure to climb the charts just as all Throttles Spinnin' releases have. Check out our exclusive interview with the superstar and an exclusive Spotify playlist Throttle made for you to check out what he is listening to right now!

What got you into electronic dance music?

When I was younger I started listening to all the Ministry of Sound/One Love compilation CDs. That was my first exposure to dance music and from there I started following the blog scene and keeping tabs on how the scene was evolving.

Who are some of your major musical influences?

I'm inspired by absolutely everything I'm listening to right now. It's anything from Harry Styles, that new record is amazing by the way, to the new HOWSLA compilation. As far as when I started, Justin Timberlake was basically the reason I got into music and had a drove my love for live music.

Where did the name Throttle come from?

How did you get discovered by Spinnin'?

The Spinnin connect happened while I was working with Oliver Heldens on our track ‘Waiting'. I sent over a bunch of unreleased songs, including a demo for ‘Money Maker' which they absolutely loved, and from there we started talking about working together long term.

Biggest advice you would give to an up and coming young music maker?

Your sound would be described as dirty disco, which is far from the new “bass” trend. What are your thoughts on what seems to be every artist making bass music now?

Honestly, I love a lot of the bass music that's coming out right now! ‘Hit The Road Jack' was actually heavily influenced by that world, mixed in with more of the live elements I usually use.

What are some things you like to do besides making music?

What artists are you listening to right now?

Chace – I love “Something About You”

What does the summer have in store for Throttle?

I'm just about to head over to Europe for 3 months this Summer which is going to be amazing. I'm playing lots of club shows and festivals including Tomorrowland and Nameless Festival. Then I'll be over in the US for a few weeks to cap off the Summer!