Chainsmokers Concert Review : See If The Concert Lives Up To The Hype
Advertisement 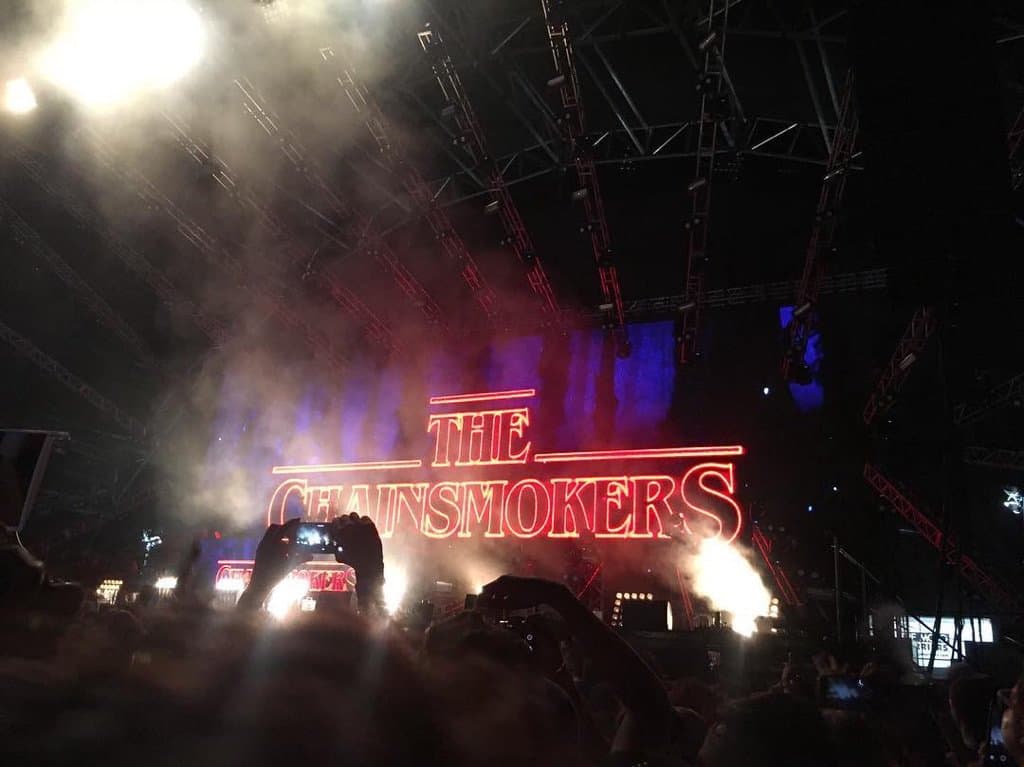 The Chainsmokers are probably the most talked about artists in EDM right now in both positive, and negative ways. Their new album “Memories…Do Not Open” is #1 on the Billboard charts, but yet is getting mixed to negative reviews by most of the EDM community.

Last night, they played live in Albany, NY and I had the chance to attend. Below I will give a review of the show, and I think it may excite many people who have tickets to an upcoming show.

Did they play any “hard stuff” or was it a pop concert?

I think this question is what many EDM fans are truly wondering about the show. The answer is 100% YES. They played for about 105 minutes and of that 105, I would say 85 of it was the old school Chainsmokers music that we wanted to see.

I'm not going to go into specific songs played, as I don't want to spoil it for people who are still going to the show, but they play some classics. They also added in a lot of remixes and he threw in some pretty hard trap songs.

How was the production of the show?

This was probably the most impressive part in my mind of the whole show. The production quality of this show is something that has clearly been thought out for a long time. With multiple fire explosions, a pretty solid light show, and some crazy LED screens, it is something that is very visually appealing. They had a riser in the middle of the stage that lifted the DJ booth about 10 feet in the air, as well as dropped it down in the stage about 5 feet during the band sections of the show.

How were the non-DJ parts of the show?

I'm not going to lie to you here, this wasn't the best. Andrew's vocals just don't do it for me and he sung basically the whole band set. His drummer, and keyboardist however were by far the highlights of the band section with each of them getting a solo section and absolutely killing it.

Was it worth going?

Absolutely yes. The production quality of the show is a 10 out of 10, and they play a ton of the classic Chainsmokers stuff that we all love. The band set is bearable with the great keyboardist and drummer, and the DJ set was truly great. If you have tickets to the show, be excited; and if you we're on the edge about if you should get them or not, I'm going to tell you, YES.

Major Lazer is notoriously known for elevating the popularity of dancehall rhythms across the globe. Made up of Diplo, Walshy Fire, and until this...

EDC Announces 2020 Dates; May is Here to Stay

With the 2019 iteration of Electric Daisy Carnival now in the past, festival goers are already planning their next adventure. While many are glad...