Check out the entire library of the GHOSTPRODOUCHER series below!

New York natives Danny Boselovic and Nick Ditri, AKA, The Disco Fries, have recently spotlighted their elite production ability in a web series titled “GHOST PRODOUCHERS” (no, it's not a typo). Known for their precise production talent and their signature electro style, the duo broke into the scene with #1 hits and unique, high-energy live sets.

I got an opportunity to sit down with The Disco Fries and talk to them more about the GHOST PRODOUCHERS web series and why the series was created. One of the main reasons for it's conception was to give back to the same community and fan base that has given them so much.

“”A while back we've done some different seminars at Berklee College in Boston to address some different studio topics, and we decided to give back to young producers and our fans with new YouTube content that wasn't your average run of the mill stuff. We wanted to provide something engaging. It's a cool thing that keeps producers interested in learning, while giving our non-producer fans a look into what goes on beyond the DJ booth. There's a lot of time and energy that goes beyond our live performances and we believe this series gives our fans a chance to see what we do when we aren't performing.”

Throughout the discussion with the talented duo, there was such an obvious passion within them for their music and the production process as a whole. They elaborated on ghost producing in the EDM scene, what it was like to conceive, create, and release their own music, and what it truly meant to them when they play it live. They also discussed the euphoria of seeing the reaction they receive from a crowd when they play their own music.

“We don't speak for all producers, so it's not really about who actually produces and who does not. That's not our place to judge anyway, you know? At the end of the day, every artist needs to love their music and we believe that is what's important. But specifically for us, production is something we started our career with, and that's what we're most passionate about. This web series is less about proving that we create our own music and more about sharing our passion for it.”

They also gave insight into what it's like to feel a positive reaction from an audience when they play a record live that they worked on for countless hours.

“We both spend so much time in our home studios that we work out of. It's not like we work out of crazy multi-million dollar spots creating music. We spend so much time working on sound design, re-working tracks, creating melodies, and designing every millisecond of our music which seems like forever. The feeling you get when you see a crowd react to something that you've put so much effort and time into; it's very hard for me to verbalize and put into words. It wouldn't do it any justice to put it into words the emotion you feel in that moment. It's unlike anything else in the world, and we're grateful we get to experience it every time we play live.”

Moving forward we discussed what goes into creating great music, and if alone, that is enough to promote your brand as an artist. We discussed the importance of engaging audiences with not only great music, but with interactive content as well that can be accessed by anyone, not just fans.

“At the end of the day it comes down to putting out great music. That's our focus. Are you making great songs that people enjoy? That's what matters. Some weeks we are doing shows, other weeks we are creating viral content, and some days we just produce and do what we love. If the GHOST PRODOUCHERS series is simply another way for someone to discover our music, then we're happy with that. If an up and coming producer uses our videos to improve their ability, that's even better. There's no real reason for this series other than to share doing something we love with the rest of the world.”

Speaking more about their production talent and what it's like to own the “The Disco Fries” signature, heavy electro sound, the duo was able to talk about how they have grown as producers and their future plans for their music.

“I think in our minds we don't have a signature sound. I believe that we have production habits that our fans can recognize a common thread, but we are always looking at other genres and how we can always improve ourselves with every record we produce. Interestingly enough, we went with a newer vocal driven drum and bass sound tune on the last track of our Autonomous E.P. called ‘Born Ready' featuring Hope Murphy. The guys from Halogen did a crazy good remix of it and it blew up on Hypem. Exploring new sounds is something we strive to do and it's paid off for us in the past. We want to keep our music original and exciting. ‘Born Ready' is going to be a huge release upcoming this New Year. We're very excited for it.”

Check out “Born Ready” Below


Segwaying towards the end of the conversation, I ask The Disco Fries if they had anything else they were working on that they would like their fans to check out.

“We have a syndicated monthly radio show called ‘Liftoff Radio' that airs on SiriusXM BPM, Electric Area, and Club Life. It's where we feature new music off our label and our new tunes. It's a great outlet to check out what we've been working on internally and showcase some of our favorite up and coming tracks.”

Check out Liftoff Radio below 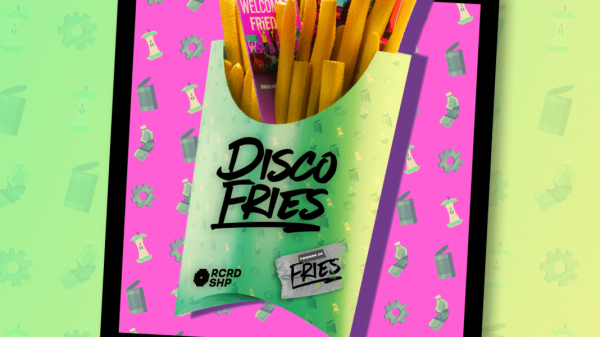 O Cinnedi has flourished in the industry as a result of her relentless work ethic in pursuing her dreams, developing her skills, and taking her audience...