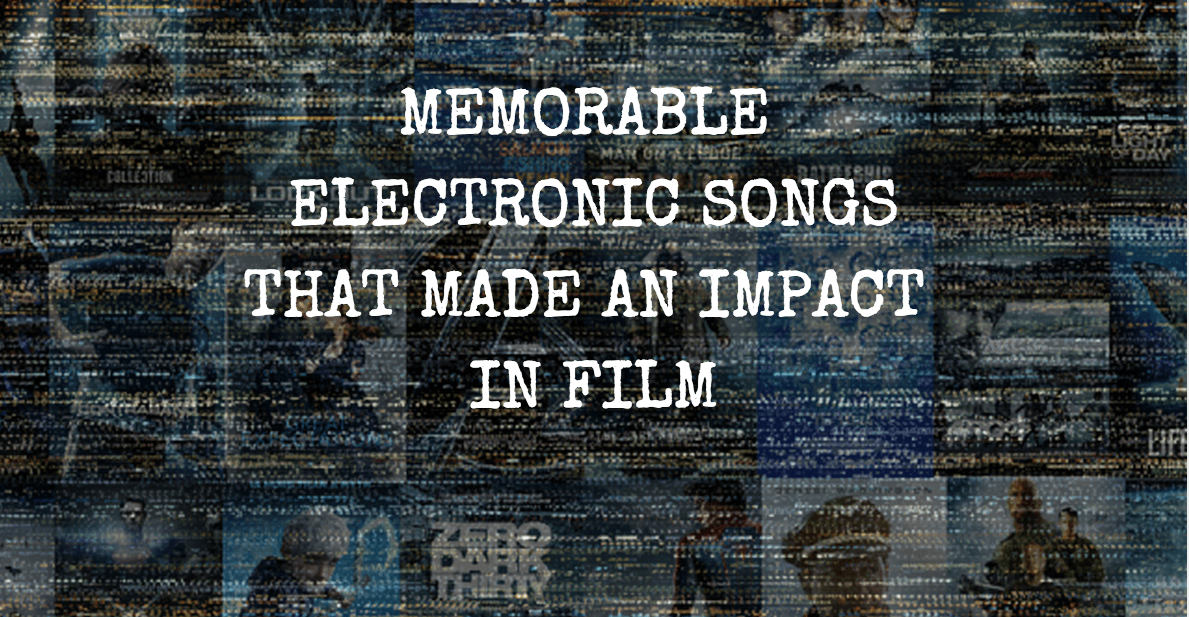 In a follow up to part 1, here are some songs that etched an imprint in film and made electronic music what is today.

This one has an unprecedented amount of love from being in films like The Bourne Identity,  Stormbreaker, and Colatteral. EA Sports also used this in many video games during the 2000's.

This was the directorial debut of Darren Aronofsky (Noah, Requiem for a Dream, Black Swan) and it did not disappoint – in large part to some incredible music like this single from revolutionary Aphex Twin.

They were one of the early pioneers of electronica and this incredible song proved how cinematic those synths could be.

He brought a new generation into the picture and this animated feature was a perfect way to showcase his new interesting sound and capture our imagination.

He was the king of melodic disco – and his work on this film led to some incredible projects. One might say that this film gave Moroder a huge boost in his early career (which led to work with Daft Punk and others).

It was the electronic band that dominated the hardcore edge of 90's rage music – put into a scene from one of the most famous remakes of it's time: Charlies Angels with Cameron Diaz, Lucy Liu, and Drew Barrymore.

Somehow this song is as haunting as it is beautiful. This sequence captures a slow motion action scene from a massive action film.

It was a film way ahead of its time, with a twisted ending that everyone still talks about. Vangelis delivered a sound that perfectly captured the insane, creepy vibe of a wild thriller.

An entire generation will remember that the final installment of Fast and Furious featured a song in their trailer and soundtrack that had a massive effect on an entire culture of fans.

A song that reminds us of the end of a powerful film – and was a huge hit thereafter.