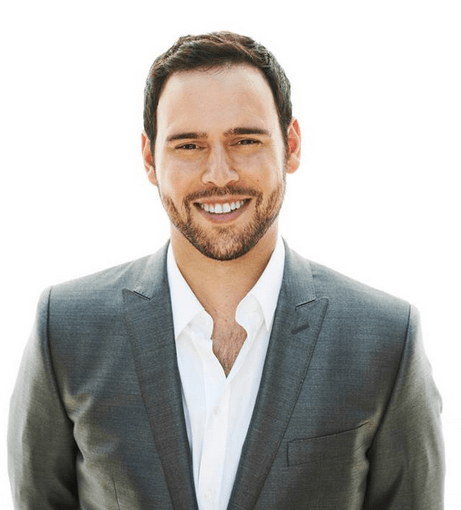 From discovering Justin Bieber on YouTube to being named Time Magazine's Top 100 Most Influential People in the World, Scooter Braun has made an indelible mark on the music industry. Now 33 years old and living in Los Angeles, Braun is an entrepreneur with many personable qualities. They recently spilled out in a nice interview on Medium.

Braun discussed some intimate details about his family as well, like adopting children and welcoming a new family to his home. Those experiences clearly built a nature in him that bred nurturing and perspective.

“My dad was a refugee from Hungary, the child of Holocaust survivors, so it was always very important for him to give back. And my mom lost her father when she was eleven and grew up with very little. So there was always an extra bedroom with someone in it in our home.

One day my dad got a phone call from a buddy of his in Philadelphia, saying, “Two kids, good kids, they’re living in an abandoned tenement in Philadelphia, very bad situation, the guy who brought them over from Africa had the wrong intentions. Could you help them out and put them on your AAU basketball team, maybe find them a prep school?”

The kids were from Mozambique. Really good kids. After a week, one of them, Cornelio, in his broken English, said: “Can we stay?” And my dad said: “A couple more weeks until we figure this out? Yeah, sure.” Cornelio said: “No, forever.”

We had one family meeting, and they were adopted.”

His father was very encouraging and inspiring. Braun adds some great stories. He adds, “If you really love someone, you push them.”

He also discusses how Michael Jordan's relationship with Phil Jackson impressed him. A basketball player growing up, the ideas he learned through sports clearly carried over into music.

As a kid, he reveals that he was always the underdog. A short kid, made fun of by mean girls. His appreciation level is very high based on some humble experiences discussed. His family pride helped shape a person who could deal with amazing challenges and experiences.

With lots of nice caveats about morals and responsibilities, this is a great read for anyone who is trying to find themselves or learn something about a great business man.

“I don’t look at money as success. I look at it as an avenue to freedom.”

When discussing his intuition, Braun's not afraid to speak his mind. He explains how he told his wife he would marry her on the first date.

He says, “Just because you know doesn't mean they know.”

Braun also reveals advice from David Geffen, who told him to read the poem “Ithaka” by C.P. Cavafy (below) which is about the journey of life. He also adds some meaning quotes about the perspective his child gave him, ending with a powerful line.

Marshmello was just added to the Guinness Book of World Records for becoming the first “person” to dance on the wing of an in-flight...

Coachella finally wrapped up its 2019 edition last night. The festival wrapped up its second weekend with a performance by Ariana Grande. That being...

David Guetta is coming in hot with his seventh studio album, promptly titled ‘7.' ‘7' follows the release of his latest studio album ‘Listen,'...