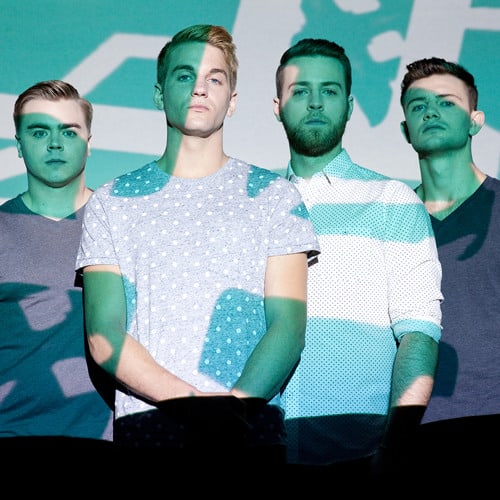 “We really dig the Freak Island remix of Breaking Up My Bones. The synth work gives it a groovy, laid-back feel, and the driving beat complements the track by adding an awesome energy.”
– Vinyl Theatre

The Chicago-based duo , Freak Island, are not only artists but event creators, who create concept-based parties throughout the city. Self described as “Some Disco, Some Party, Some Electro, Some House, Some Funky, Some Deep”, it's hard to put them into a single genre, which is perfectly OK with me. Being able to produce in different genres just shows how diverse this duo really is. Freak Island took on remixing Vinyl Theatre, the Milwaukee-based alternative band, who released their debut album ‘ELECTROGRAM' back in September. The track is called, ‘Breaking Up My Bones', and it's the first single off the album. Freak Island's remix of the track is a super catchy, dance ready track that's guaranteed to put you in a good mood. They are set to play Spring Awakening Festival this year and you can also find them at ROOF on theWit in Chicago, as they were recently named residents of one of the Best Clubs in the United States. So be sure to check them out if you get a chance, but in the meantime listen to their remix below. Enjoy!

In this article:Freak Island, Vinyl Theatre