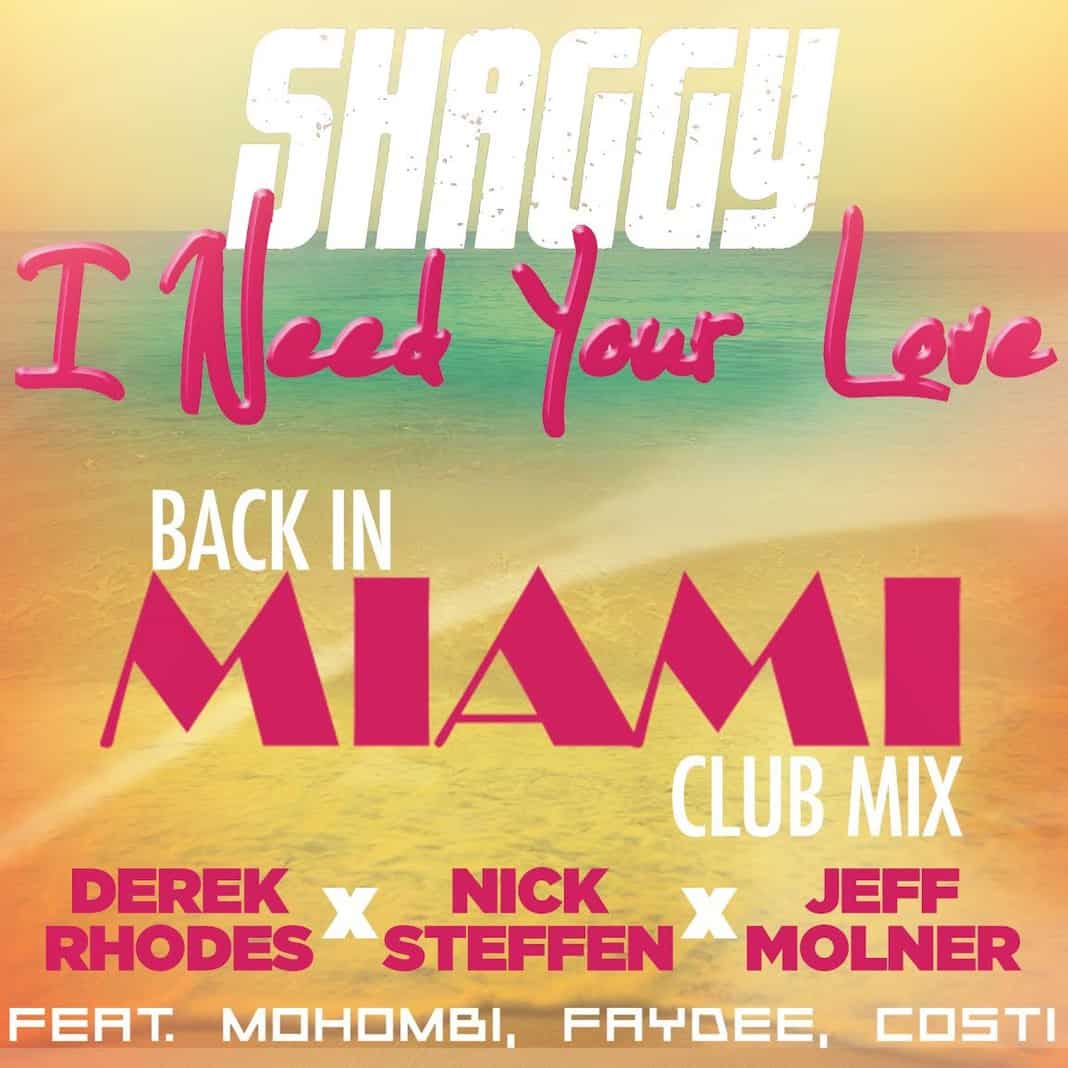 “I Need Your Love” was a reggae-infused track created back in 2014 by Shaggy, Mohombi, Faydee. Now Shaggy is back with a trio of Florida-based producers (Nick Steffen, Jeff Molner and Derek Rhodes) who have given the track a summer-like, tropical infused remix.

“With Miami’s club scene being in a world of its own with Story, LIV, Mansion, and others being a popular summer destination Shaggy felt a need to pay homage to the scene with an official remix for his monstrous single. Rounding up the top players in the scene; Derek Rhodes, Nick Steffen and Jeff Molner, they gave “I Need Your Love” even more of a tropical vibe.”

Despite the original track recently breaking into the Top 25 on the US Top 40 charts, Shaggy's Back In Miami Club remix is set to make some waves as we continue to make our way into the warmer summer months.