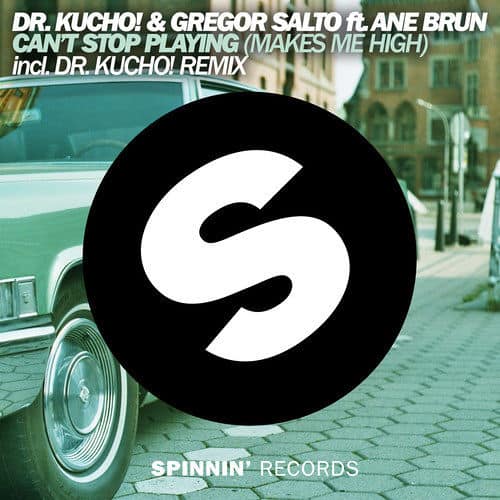 On Sunday April 19, 2015 – Dutch DJs Gregor Salto and Oliver Heldens have entered the British Singles Chart on the 4th spot with their remake of dance classic Can't Stop Playing. For Heldens this means a return to the top of the UK chart, after scoring two top 5 records last year, while Gregor Salto sees his original hit break new soil ten years after its initial release.

Back in 2005, the track made by Gregor Salto & Dr. Kucho already crossed bridges between club hit and mainstream success, garnering massive radio support as well as reaching the top of the Dutch charts. It caught the attention of a young Oliver Heldens, back then still discovering his music taste and about to get infected with the dance music virus.

With this success in mind, a remake of one of Heldens’ childhood’s favorite tracks seemed only fitting. Working together with one of the original producers, world famous DJ veteran Gregor Salto, the sound of Can't Stop Playing has received a fresh, contemporary make-over, including the vocals of Norwegian singer Ane Brun and the fetching bass chords still in place, while the groove has taken a turn for the deep.

At first supported by a wide range of DJs (from Groove Armada, Major Lazer, Watermät and The Magician to big room jocks like Hardwell, Nicky Romero and Dimitri Vegas & Like Mike). The record is now following the same path as the original ten years ago, crossing over to heavy radio support and mainstream popularity.