LOS ANGELES, Calif. – The tenth annual Lightning in a Bottle music and arts festival presents The Lucent Temple of Consciousness pre-event on May 3rd at The Springs in downtown Los Angeles. This pre-event is a 12-hour urban retreat offering a glimpse into the sacred Temple areas, which seeks to create transformative experiences through holistic lectures, workshops, yoga and movement, food, art and live performance.

Visit and RSVP the Facebook event page for updates!

ABOUT THE DO LAB / LIGHTNING IN A BOTTLE

Based in Los Angeles, The Do LaB’s mission is to craft experience as art and bring communities together. Aside from showcasing musicians throughout Southern California, The Do LaB is well known for creating unique art installations/stages and curating cutting-edge acts at Coachella in addition to producing Southern California’s Lightning in a Bottle, and the 2012 Winter Solstice event The Great Convergence, which took place at the pyramids of Giza in Egypt, The Do LaB’s work has also been showcased at Virgin Music Festival, Global Gathering, Portugal’s Boom Festival and many more.

In this article:Lightning in a bottle Events, lucent dossier, The Do LaB Events, The Lucent Temple of Consciousness Pre-Event

Coachella Added A Plethora Of Videos To Their YouTube Page

With Coachella 2016 coming to a close, Coachella has decided to keep the conversation going by uploading a plethora of videos to their YouTube... 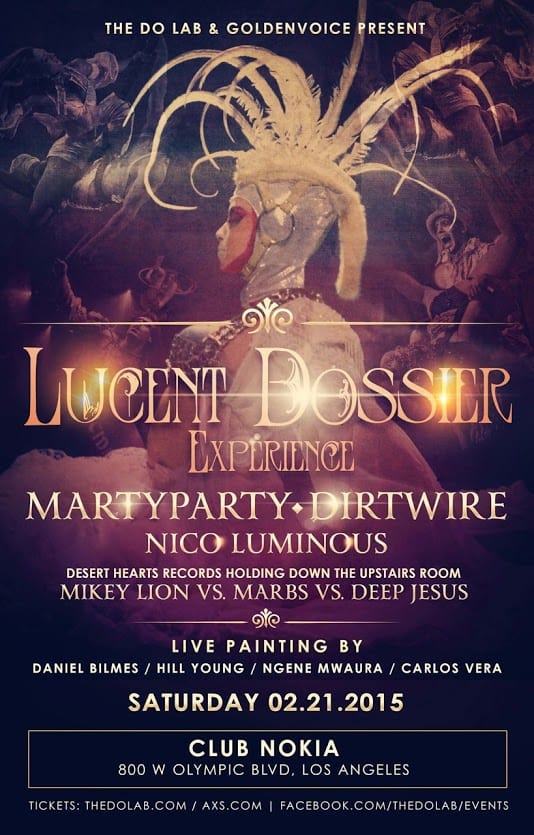 Unleash Your Legend with Lucent Dossier