2012 Interview With DJ Shadow: Sampling As "A Collage of Mistakes"
Advertisement 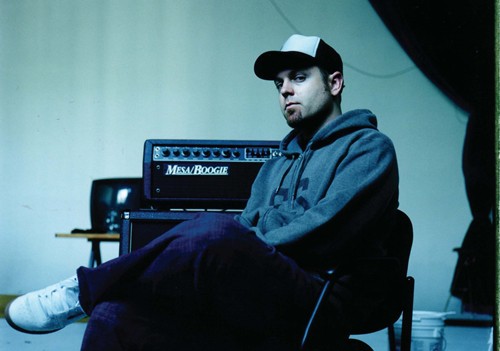 Josh Davis, AKA DJ Shadow, has quietly stayed in the background over the years. His full length album “Entroducing” was created entirely of samples and remains one of the most influential mixtapes of its time. Even today, his work and views from the past few years are still highly relevant. His work impacted artists from many backgrounds, especially hip-hop but even alternative rock artists like Radiohead, helping to merge these worlds of music together.

In this interview with NPR, Shadow defends the art of sampling and his ways of interpretation and how he applied his ability to mix with DJ'ing.

“The instrument that I grew up wanting to play [is] the sampler. And it's the instrument I took seriously in terms of becoming the best at it, or one of the best. I think, initially in the late ‘80s when the technology was made available, the instant reaction to it by the old guard at that time was, ‘Well, [sampling] is just out-and-out theft. It's stealing.' And I think I've learned to recognize all sides of that discussion. But I think what Endtroducing….. did for a lot of people was kind of close the book on that discussion and say, OK, this is legitimate. This is a legitimate new way of making music.”

Shadow talks about developing a sense of finding sounds that work well together.

“Once James Brown invented funk and rock ‘n' roll began to combine certain jazz aesthetics, then music began to take form and began to settle into a 4-4 groove, which is what hip hop is based on.”

He talked about how his album “Entroducing” influenced other genres of music.

“I'm not so sure it changed hip-hop as much as it introduced previously hip-hop wary listeners to a new universe. Some people call it trip hop, some people sort of fit it into electronica. Growing up on hip-hop, I always try to do work that provides an alternative because that's how things change and evolve. I am trying to change music, I don't know if I'm necessarily trying to change hip-hop.”

Listen to the full interview here.

In this article:DJ Shadow, Entroducing, sampling

This rapper needs no introduction as he just put out a dynamic and educational piece of work. Big name artist Nas has teamed up...

Whether you are just joining us or jumping over from The xx or Steve Angello, welcome to the live stream for DJ Shadow at...