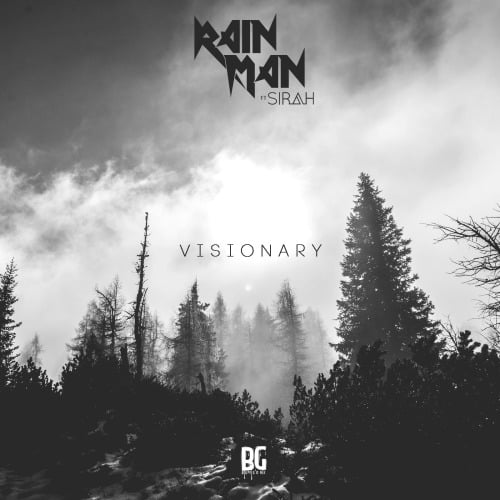 Rain Man has released his first single since his split from—Actually, I would mention their name, but being Rain Man's first solo single, ‘Visionary' proves their relevancy to his career to be quite, well… Irrelevant. Yes, ‘Visionary' is everything they mistakenly said goodbye to and Kris certainly does not need them anymore, not when such talented artists like Sirah are so prominent. Officially out today, via Borgore's Buygore Records, available on Beatport, you will be happy to hear, and it was a journey to get here, but the old Rain Man is back and better than ever! Rain Man's productions have always had a unique style and ‘Visionary' is the return of that style, that dope dubstep that made him famous. Also, featuring vocals from Sirah that clearly makes a statement for Kris and his career, past, present, and future, ‘Visionary' is the start of something special, check it out below!

Update: I said I would not mention their name, but Yasmine of Krewella had a few very nice words for Kris on Twitter…

@omgRainMan percussion is so on point as always! happy for u Kris, gonna buy it right meow.

Maybe this is not only the start of something special for Rain Man, but also a mutual love and forgiveness between Kris and Krewella; drop bass, not hate.

In this article:Rain Man, Sirah

Kris Trindl, better known to some as Rain Man, shot into the spotlight in 2012 as founder and producer of for the EDM group,...

Back on September 29th, OWSLA teamed up with Atlantic Records to release the new single “Deadbeat” by SIRAH and Skrillex. The EDM/Rap crossover track...