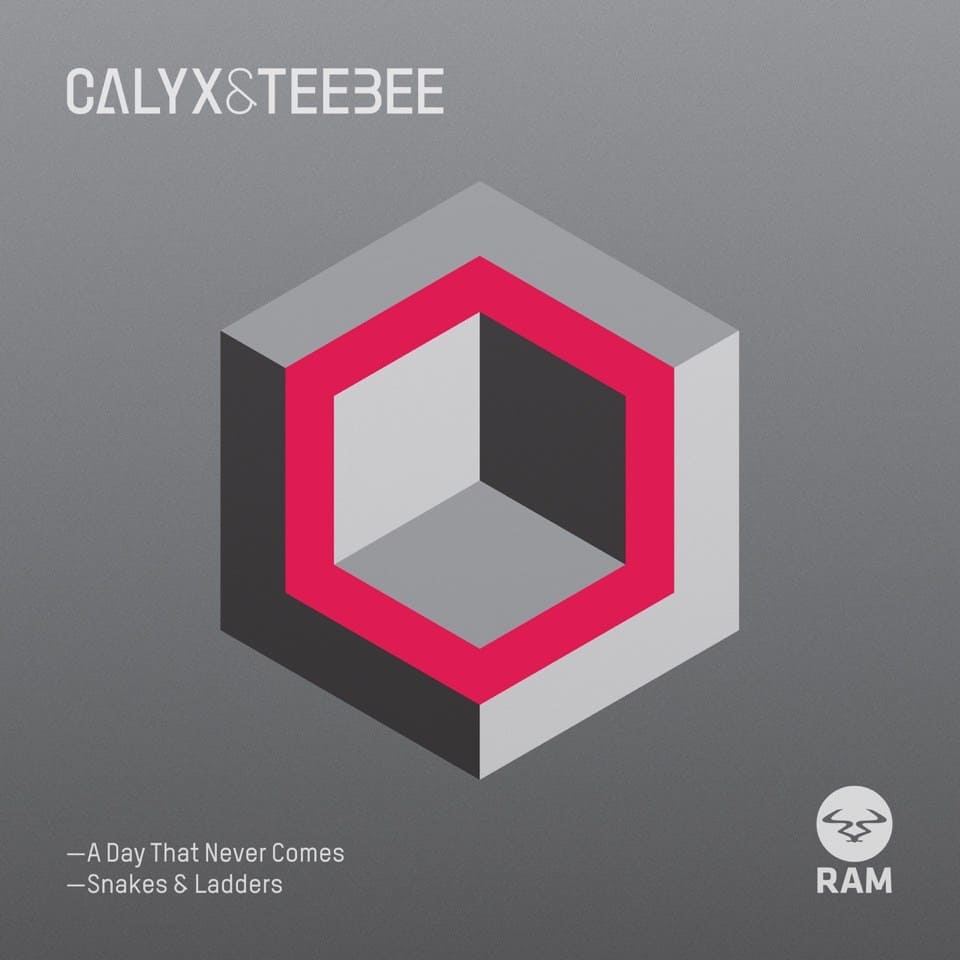 Calyx & TeeBee have collaborated twice before; their partnership spanning decades. Two kingpins of the Drum & Bass genre, they are back with two exciting new releases. These two vets operate on an entirely different level, churning out two D&B tracks that are absolute classics.

A Day That Never Comes, featuring vocalist Larry Con boasts jaw dropping sound design; the pair bring about four minutes of fast-pace massive progression and ghostly vocals laid atop relentless drum-kicks. Rather than using loud synths and samples as a crutch, as is becoming all too common in modern DnB, A Day That Never Comes remains reserved in it's breakdowns allowing the supreme progression and drum programming to take center stage. Snakes & Ladders features future-garage synths punching through sparse chords and voice samples. As to be expected, Calyx & TeeBee flex their producing muscles with an intense interlude echoing arpeggios before dropping into an even harsher second bassline. These two tracks are, without a doubt, up to the extremely high standards the two have set for themselves over the years.

These songs are set for a March 8th release, and hopefully are followed with more peeks of what these two DnB juggernauts have been so busy with. Have a listen for yourself below and be sure to snatch them up upon release here!