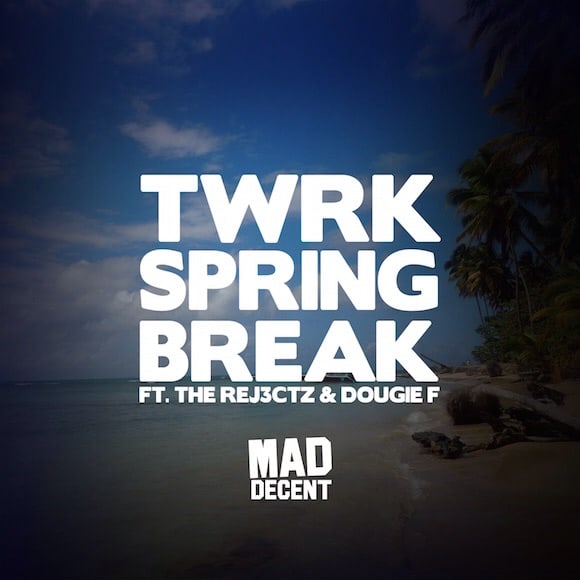 Let's all be honest here, mixing EDM with other genres can be risky. It can give phenomenal results (Avicii-Wake Me Up) and some terrible ones (No naming and shaming here).

The big companion of Dance music in my opinion was always Rap. Generally, people such as Waka Flocka and A$AP Rocky were always the main people in the show. Waka himself collaborated with artists such as Steve Aoki, Diplo and Yellow Claw which are the big names in EDM themselves. The question that has always stuck with me, was whether the gap between Rap and EDM will eventually bridge, creating a brand new genre or style.

While we wait for the answer, The REJ3CTZ have been keeping busy with their part. Part of the group (FYI Mowii) recent performed with Madonna on stage at the Grammys. Not only that, the group have also been busy making new songs with artists from around the bussiness. Recent song with Dillon Francis “All That” has had over a million plays, and now this tune is up for listening.

Titled “Spring Break”, The REJ3CTZ paired up with the rising star TWRK and Dougie F to produce this song. It's a nice mix of strong, quick fire vocals and nice powerful beats. I think the balance between EDM and Rap was struck nicely there, maybe with Rap having that slight lead.

Yet so, this is a great tune and deserves all the positive feedback it has received so far. What do you guys think?