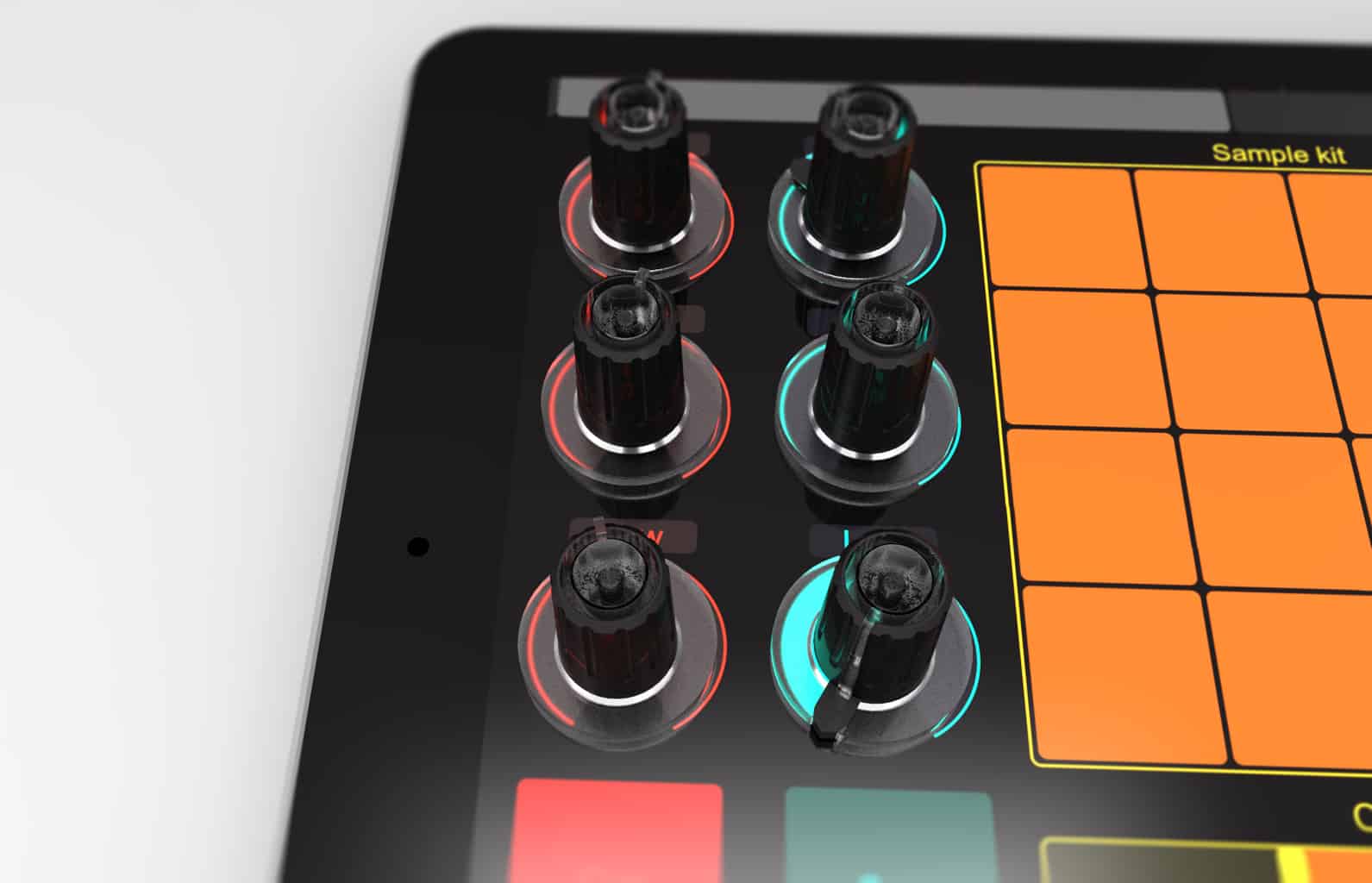 Rotterdam-based startup Tuna DJ Gear is uniting the hardware world and the digital world with the Tuna Knobs, which turn any touch screen into a DJ controller. The cost for 2 knobs is 22 euros ($25) as well as different knob and travel case combinations.

“”The downside of using a touchscreen is that you miss the authentic feel of twisting a knob on professional DJ Gear. Tuna Knobs wants to bring back that feeling to the tablet..” according to the original Kickstarter page.

The knobs are a Stylus in the shape of a knob, with a suction cup that makes them stick to the touch screen. Tuna Knobs are small enough that you can carry them around wherever you go, thus becoming a portable DJ and they seem fairly simple to use.

The Tuna Knobs have been tested on the iPad, iPhone, Samsung Galaxy Tab, HTC One M7, Dell XPS 27 All-in-One Desktop and many others. Supported apps include TouchOSC, Lemur, TouchAble, Korg iMS-20 and Korg iElectribe.

Although the product is appealing to bedroom DJs, it is already being used by pros such as James Zabiela:

The company is also mindful of its customers, who they will 100% refund if they're not entirely happy with the product.