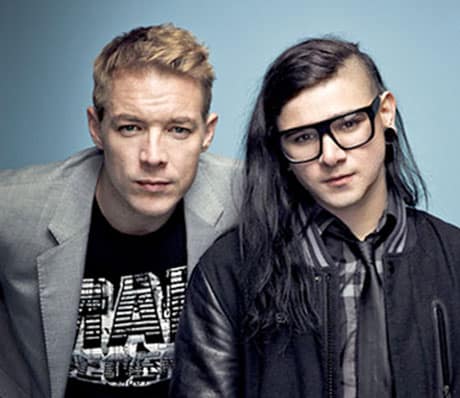 Rumors have been spreading since November (first reported by DJ SKEE) that a collaboration between Justin Bieber and Jack Ü (Diplo and Skrillex) is in the works and more credible sources are ringing in – this time with some feedback. DJ Snake, who typically doesn't get too excited on his Twitter account, said this on Wednesday, February 11: “This Jack U x Justin Bieber record is insane.” See tweet below.

This Jack U x Justin Bieber record is insane.

In addition, Twitter user “chris98bizzle” was able to capture a screenshot of a private (direct message) conversation between Snake and fellow producer Ape Drums (see below). The leaked shot reveals that Snake told Ape Drums the collab was the “Record of the Year.” After replying publicly as well, Snake later deleted a tweet in reply to Ape Drums (below with emoji) that echoed the sentiment further.

He said is the record of the year. Repeat RECORD OF THE YEAR. pic.twitter.com/wYvH9XfVrr

Jack Ü's debut album is supposed to drop soon, featuring one previously released track – Take Ü There (feat. Kiesza). Diplo didn't mention the Bieber collaboration while attending the Grammys with Madonna, but teased that his Jack Ü album would be released this month. He even posted some of the track list on his Instagram in hashtags.

With Diplo producing most of Madonna's album to be released in March and Major Lazer's third album coming in April, there's already plenty of attention on Jack Ü's next move. Bieber, meanwhile, has posted some club-style song previews on his Instagram of late and is no stranger to working with EDM producers. His “Beauty and a Beat” (2012) with Nicki Minaj was produced by Zedd (who is now dating his ex, Selena Gomez).