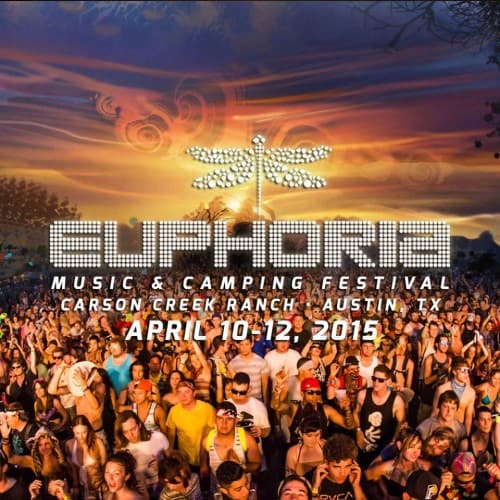 The weirdest city in America is home to many of the awesomest music festivals around the globe, but did you know about the four year old festival that happens annually in April just outside of Texas' capital? I didn't think so, considering about 5,000 people attended last year (including myself), but that's okay because you're going to learn very soon. What maybe the pluresssstt event in all of Texas, I have never found my home state as beautiful as I found it on Carson Creek Ranch. This little festival that could is ready to push it to the next level, and with this left field (keepin' Austin weird of course) line up and the newly announced 3rd day, massive expansion is immanent. Euphoria is breathing new life into the festival scene, and if you don't want to get a lovely whiff of that fresh Texas air while jamming out to the likes of Pretty Lights, RL Grime, Adventure Club, Ghostland Observatory, Paper Diamond, and more then that's okay we didn't want you to come anyway. Porter Robinson was initially apart of phase 2, however due to unknown circumstances will know longer be playing a set, but they assure us that “we will let our loyal Euphoria Tribe know that the void has been filled.” take a peak at the rest of this line up, and grab your camping gear because $130 for three days of unbelievable magic awaits.

Follow Euphoria Music Festival on: Facebook | Twitter to stay up to date on the newest announcements about the festival and check out their Official Website to answer any of your FAQ's, browse tickets, see coverage of last year's event, and more.

In this article:Austin, Euphoria, Texas